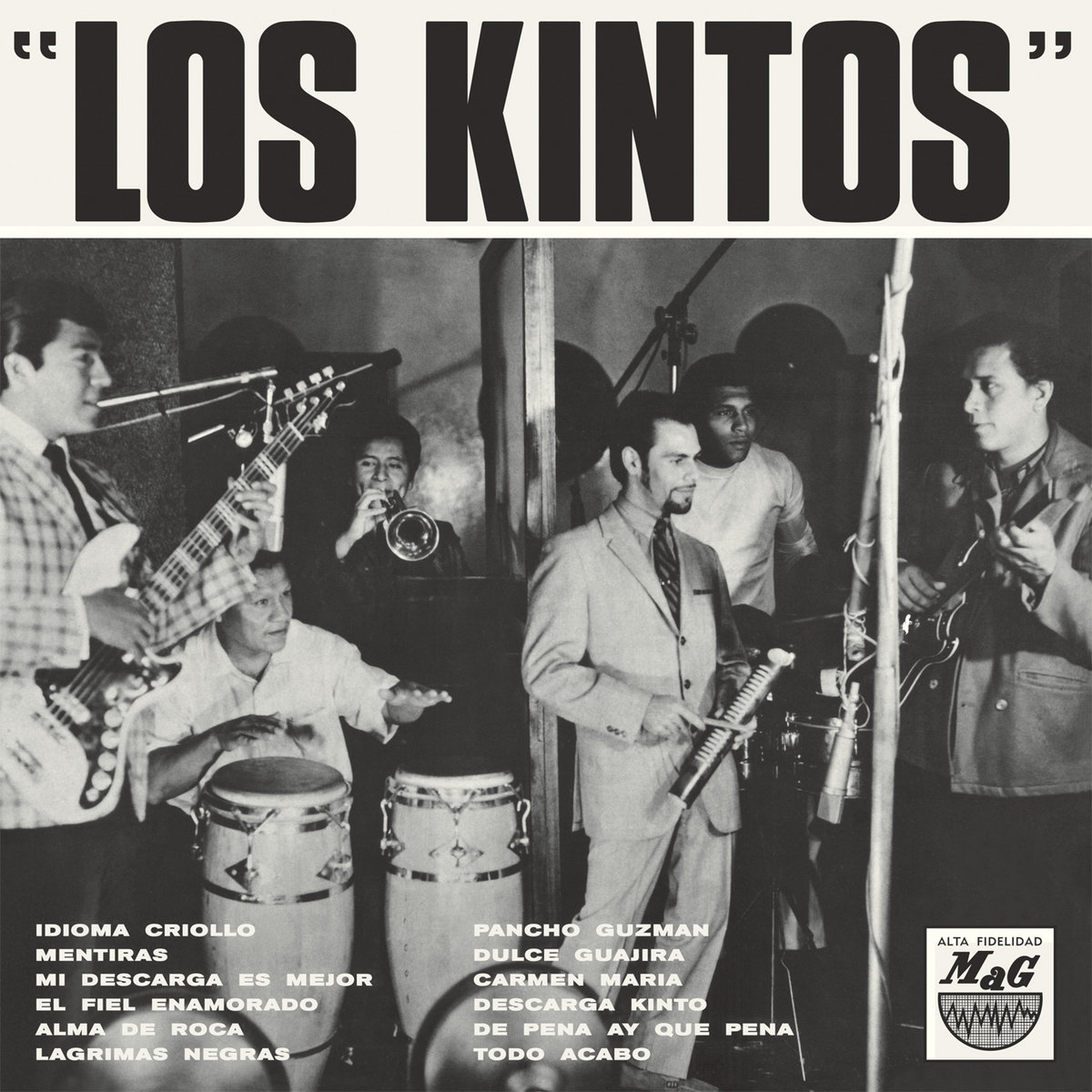 I press play, this song starts and I swear everything turns technicolour and the stress just fades away!! Replaced by rainbows and sunbeams, Los Kintos are bringers of joy!! I welcome these moments!

Forming sometime in the late 1960’s, Los Kintos celebrated a couple of albums and a tidy sum of 45’s throughout the early 1970’s. This Peruvian salsa group made their mark with their vibrant sounds, releasing their self-titled debut in 1970 via a Peruvian label from Lima called Mag (or Discos Mag as they sometimes appeared as).  This notable full-length offering (as highlighted by Vampisoul) marked a “milestone in the history of Peruvian tropical music, encompassing an outstanding repertoire of Cuban rhythms as a response to the trends of the moment: boogaloo and Colombian cumbia”.  These sounds were pioneering and showcased Pancho Acosta’s cool guitar work and Kiko Fuentes’ sparkling vocals!

Last month, Spanish label Vampisoul reissued this classic LP for the first time since its original release! All 12 glorious tracks are now available once more and, judging by the scarcity of the original, it’s a pretty grand thing that this record can once again be enjoyed in all its vinyl glory!..and for just under £20, you can’t argue with that!! Translating as “Creole Language”, today’s song is the album opener and I love how it greets you with open arms as it sonically wraps itself around you, guiding you into this welcoming world! It’s just happiness in a song! Enjoy….and listen/purchase the rest of Los Kintos from here.