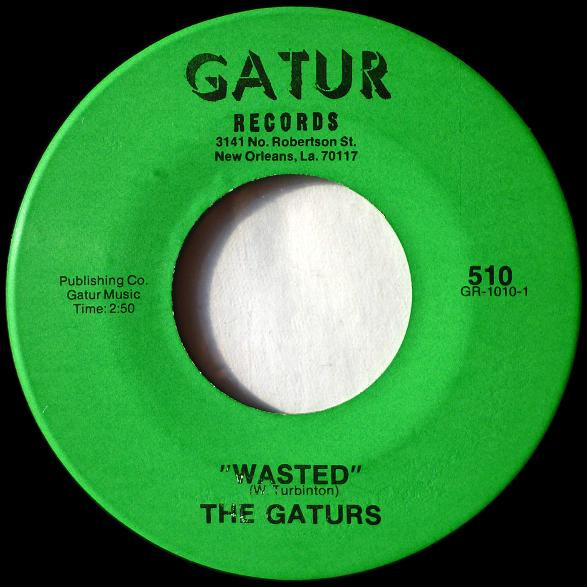 Sometimes compared to the likes of the Meters, The Gaturs were a funk band from New Orleans who loved to make party music! Consisting of band members Larry Penia, Irvin Charles and June Ray, the band were led by Willie Tee (= Wilson Turbinton) – who also jointly owned the Gatur Records, alongside Ulis Gaines (hence the name Ga-Tur).

Active for a short period in the early 1970’s, their repertoire never extended to a LP and consists only of a handful of 45’s which were issued between 1970-1972 (all released on Gatur Records.)

The Gaturs’ jazz-infused funk and soul may have only lasted for a brief spell, but their union helped to pave the way for Tee’s next project, serving as a stepping stone for his next phase which saw him as bandleader for the festive chants of Mardi Gras Indians the Wild Magnolias.

The Booger Man is a cool slice of groove, originally released as a 45 in 1971. As mentioned before, this was put out on Gatur Records and was backed with Gatur Bait on the flip-side. It’s just a really chilled, laid-back track and one that you can’t help but mooch about too…I always need help slowing down, so this is especially good for me!! In 2015, Tuff City Records issued a compilation called Wasted, which features 15 juicy Gaturs tunes, so if you want to hear more, this is the place for you!!