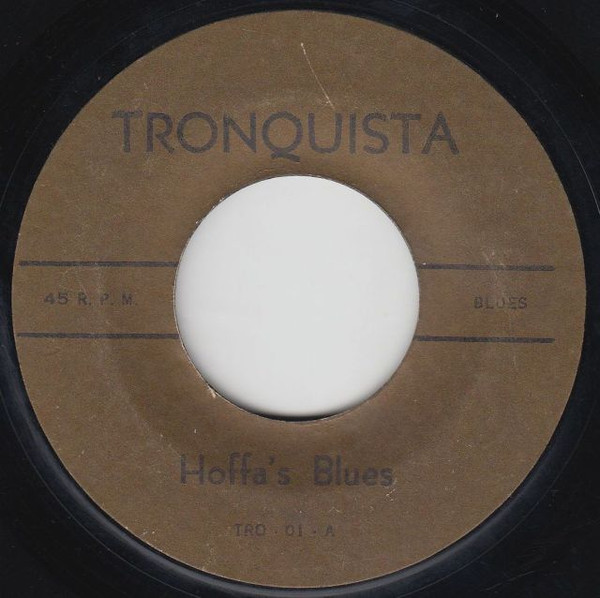 Today’s song is a rather intriguing offering! Initially it occurred to me that the artist title was a little odd, but then after a little research, I found that some sources declare that the singer of this single was unknown and that ‘Tronquista’ is the label name! This makes more sense given the layout of the 45.

Released and given away in 1966 at a teamsters convention, Hoffa’s Blues (b/w Teamsters Holiday) was the only single issued on this label. Both titles were performed by a (regrettably) unknown singer both sides refers to truckers/truckers union!!

Hoffa’s Blues is a song referencing Jimmy Hoffa, the organiser of the powerful truckers union who was born in Brazil, Indiana in 1913! This man apparently established the first national freight transport convention and subsequently led a rather interesting life in his later years. He was sent to prison in 1967 for sabotage, fraud and conspiracy, before mysteriously disappearing in 1975 whilst going out to eat. He was never seen again and the events that took place on the day of his disappearance remain a mystery. Though some think he was murdered! The sassy A-side to this single is about him and its flip-side simply refers to the teamsters! The choice of label name is no coincidence either as this translates is the Spanish translation of trucker!! So there you go!! It’s certainly unfortunate that we cannot locate the identity of these rather plush vocals, but at least we know what the song is about!!Whatever happened to Jimmy Hoffa!??