SONG OF THE DAY The Fendermen – Mule Skinner Blues 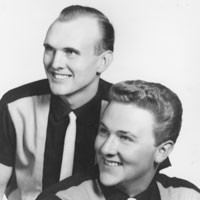 It may not come as much of a surprise to discover that The Fendermen were named as such because both of the band members used Fender guitars – a Telecaster and a Stratocaster in fact! Jim Sundquist and Phil Humphrey got together in the late 1950’s in Wisconsin and celebrated a wealth of releases over the four years of their musical union!

This rockabilly duo eventually disbanded in 1964, but the years spent together were magic! They toured with Johnny Cash and may other bands on the road all over the U.S, and though they only issued one album, there were plenty of singles! Mule Skinner Blues is possibly one of their most well-known songs and was released in 1960 on Minneapolis label, Soma Records. The song itself is the happiest, go-to dream of a song and is actually constructed using only the two fenders played by Sundquist and Humphrey! Nothing else but guitars and vocals!!

William Herbert Dreger was the original producer for the Fendermen and though he was eventually replaced due to a dispute amongst the group, it was him that was responsible for helping The Fendermen get off the ground and into the charts!! William Dreger was also responsible for the ending of Mule Skinner Blues, as the group could not come up with a viable way to end the song. The ending came about one day when William said  ‘Cha Cha Cha‘ and this phrase just stuck!! Happy accidents and all that!! In fact, ‘happy’ is the main word that springs to mind when I hear this tune!!! Enjoy! 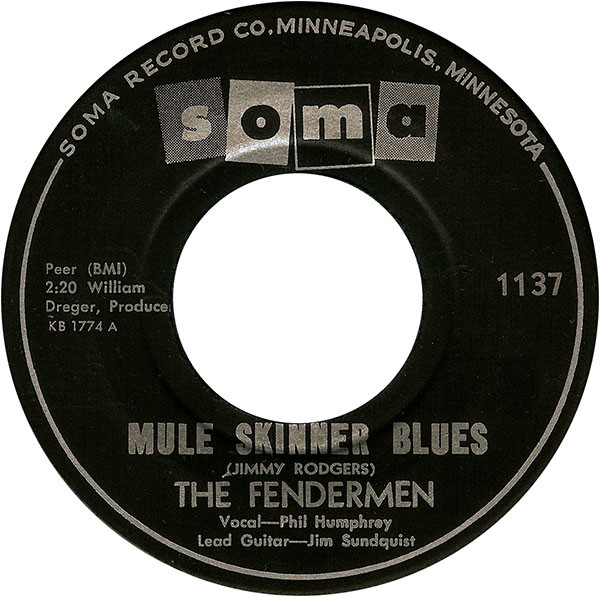