SONG OF THE DAY The Guy Hamper Trio – Sally Sensation 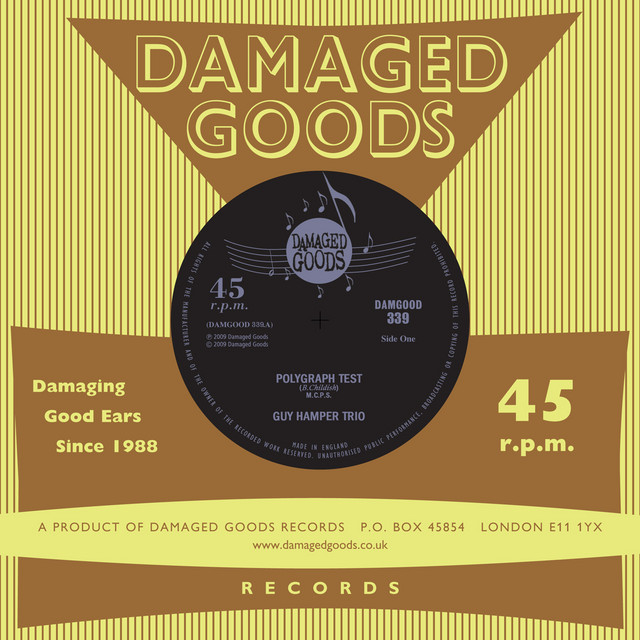 This little groover more than lives up to its name, don’t ya think? It’s a driving keyboard sensation that just keeps giving when it comes to thrills and intensity. I love the way that jazzy melody builds and erupts throughout and I love the way they tease that dynamic out! It really hits you when it unleashes its full power and just goes for it! I keep thinking Graham Bond Organisation too, it’s brimming with that UK blues-psych sound!!

So, who are the Guy Hamper Trio? This instrumental three-piece consists of Guy Hamper on guitar, with his wife Julie on bass and Wolf Howard on drums….but the line-up doesn’t end there! Various accompanying musicians feature on their new album – which is due later this month – including the like of their friend James Taylor on Hammond organ (original member of legendary Medway garage band The Prisoners and his own band, The James Taylor Quartet) as well as Billy Childish.

Their forthcoming album has been a long time coming and follows first single, Polygraph Test which is b/w today’s sonic wonder, Sally Sensation! The single was actually issued over a decade ago and joins 10 other storming tracks, including a cover of Jimi Hendrix’s Fire. All I can say is if the rest of the record sounds like this, we are in for a supreme treat!!

I’ve also just found a version of Sally Sensation with a vocal part – courtesy of Billy Childish – and this I’ve pasted below. It’s good, but its not got that edgy keyboard melody and that’s what makes this song for me!! Enjoy!