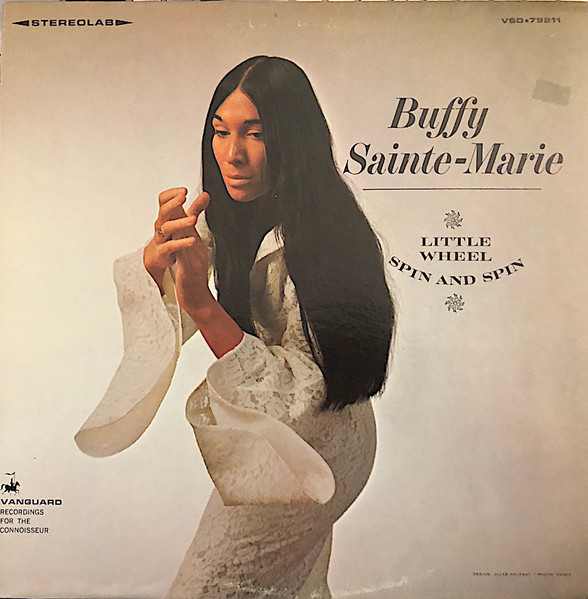 Issued on her third album, Little Wheel Spin and Spin was the title track from this record. This Cree (protest) singer-songwriter, musician and composer spent a great deal of her life dedicating her time to the issues of the Indigenous people of the Americas and her song writing reflected this. She also wrote about love, war, religion, and mysticism. She was a spiritual soul and I’ve never really explored her life and music enough.

Her traditional sound is often classed as folk, but she has also recorded one country album in Nashville which was entitled, I’m Gonna Be a Country Girl Again, in Nashville! Some of her repertoire made it into the more popular realms of music and some of her work went on to be covered by a rather random selection of musicians such as Elvis, Barbra Streisand, Neil Diamond, Neko Case, Janis Joplin, Chet Atkins, The Indigo Girls and Joe Cocker.

Her discography is extensive and she continues to record and release her music to this day! Little Wheel Spin and Spin was Burry Sainte-Marie’s only album to reach the Top 100 of the Billboard 200 and opens with its title track. This delicate, spiralling, folk-tinged melody provides the perfect backdrop for Marie’s powerful lyrics to unravel into! Their rhythm and repetition offering a stirring meditation…Listen above.