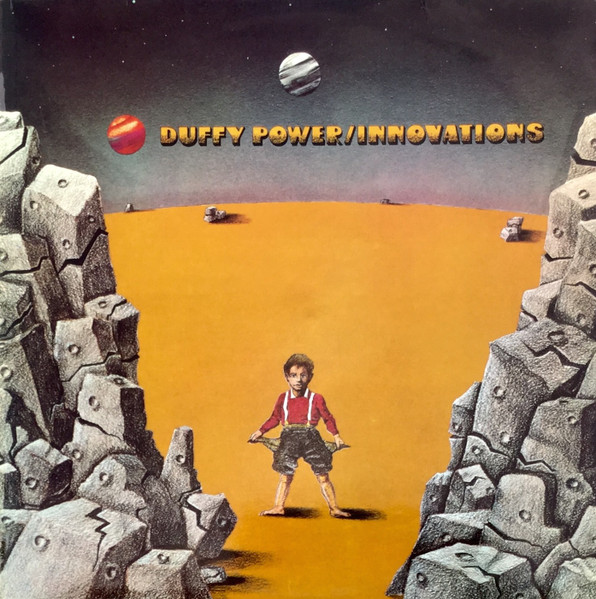 Duffy Power is one of those unsung musical heroes that is worthy of so much more recognition than he ever got! A truly credible artist in his own right, he has collaborated, worked and written with some of the greats, as well as been signed to major labels. Yet fame seemed to elude this understated artist!

In the mid-60s, Duffy recorded with future members of Cream, Pentangle and the Mahavishnu Orchestra. He never had any problem impressing fellow musicians, but a wider appreciation of his work would only come in the CD era.

Despite a string of wonderfully produced singles for Parlophone and an attempted comeback on CBS with the single Hell Hound / Hummingbird in 1970, Duffy’s first real success since the Larry Parnes era was the result of an ‘archive trawl’ LP in 1971 (among the first of its kind for a living artist). Entitled Innovations, the album brought together a dozen unreleased recordings made between 1965-67 for his publisher, Marquis Music, including several co-writes between Power and guitar hero and Melody Maker poll-winner John McLaughlin, who had revolutionised Miles Davis’ sound in the intervening years.  Other musicians on the album included Jack Bruce, Danny Thompson and Terry Cox. Released on Transatlantic Records in February 1971, Innovations caused a sensation, selling 30,000 copies and seeing Duffy featured at length in the British music press,.At last!!

I can’t quite fathom if Dollar Mamie was reissued on this record, or if this was the first time it made it to press, but this track certainly featured on the Expanded Version of that Innovations album! I think today’s track was a previously unreleased song, but I’d like to find out if this song was first issued in the 60’s like a lot of his others?? Please, if anyone knows, do get in touch!

In the meantime, there is nothing left but to say ENJOY!! Enjoy this truly glorious artist and his self-penned beauty, Dollar Maime! I’ve also covered another of his tracks which is an absolute stunner, demonstrating his epic vocals and mighty fine song writing skills! You can find that here.