SONG OF THE DAY Chelou – Out Of Sight 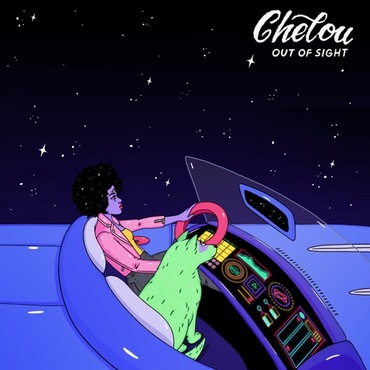 The word ‘Chelou’ is a French expression used to describe something that is mysterious, weird and unknown.  With that in mind, nothing could be more apt than a name like this for an artist who originally emerged as something of an enigma.

The Camden born artist has garnered a dedicated, cult fan-base from many corners of the world, releasing two lo-fi EPs that were self-produced and released preceded a handful of singles including viral hit ‘Halfway To Nowhere which has been streamed over 30 million times.  Chelou emerged in 2014 when he released an online preview of his track “The Quiet” and it wasn’t long before the song went viral and his music has since continued to lure in new followers, featuring on a few Radio 1 playlists as well as being featured in publications such as, the Wall Street Journal, Billboard, Resident Advisor, Red Bull Music, DIY Magazine, Clash Magazine, The Line Of Best Fit and many many more….not forgetting his repeated features on this here LP Blog! (check out these on my pages here)

While finishing his debut full length album in the studio over the past year Chelou has also featured on tracks with Kojey Radical, released on BenjiB’s Deviation label and Maya Jane Coles’ sophomore LP, Take Flight.  As well as touring extensively with festival performances across Europe, from Sziget(Hungary) to Wilderness (UK) and a long list of sold out headline shows across Europe.

His latest single entitled Out Of Sight was released at the end of last month and has proved a firm favourite amongst audiences at his live shows.  Written at a time of insecurity and uncertainty, the disillusioned Chelou writes of his internal struggles as he sings: “How low must you stoop, to bow before the thrown…… on your own.”

Producer Cam Blackwood (well-known for recent work with George Ezra, London Grammar & Florence & The Machine) attended a show in London late last year and after witnessing the reaction which included a full-blown stage invasion he invited Chelou to his studio. Over the course of a few days they worked on Out Of Sight to deliver the finished record you hear today.

The artwork and video for Out Of Sight is a collaboration with LA-based illustrator and designer Robin Eisenberg.  Listen above, check the video out below and order your copy of the single from here.

1 Response to SONG OF THE DAY Chelou – Out Of Sight