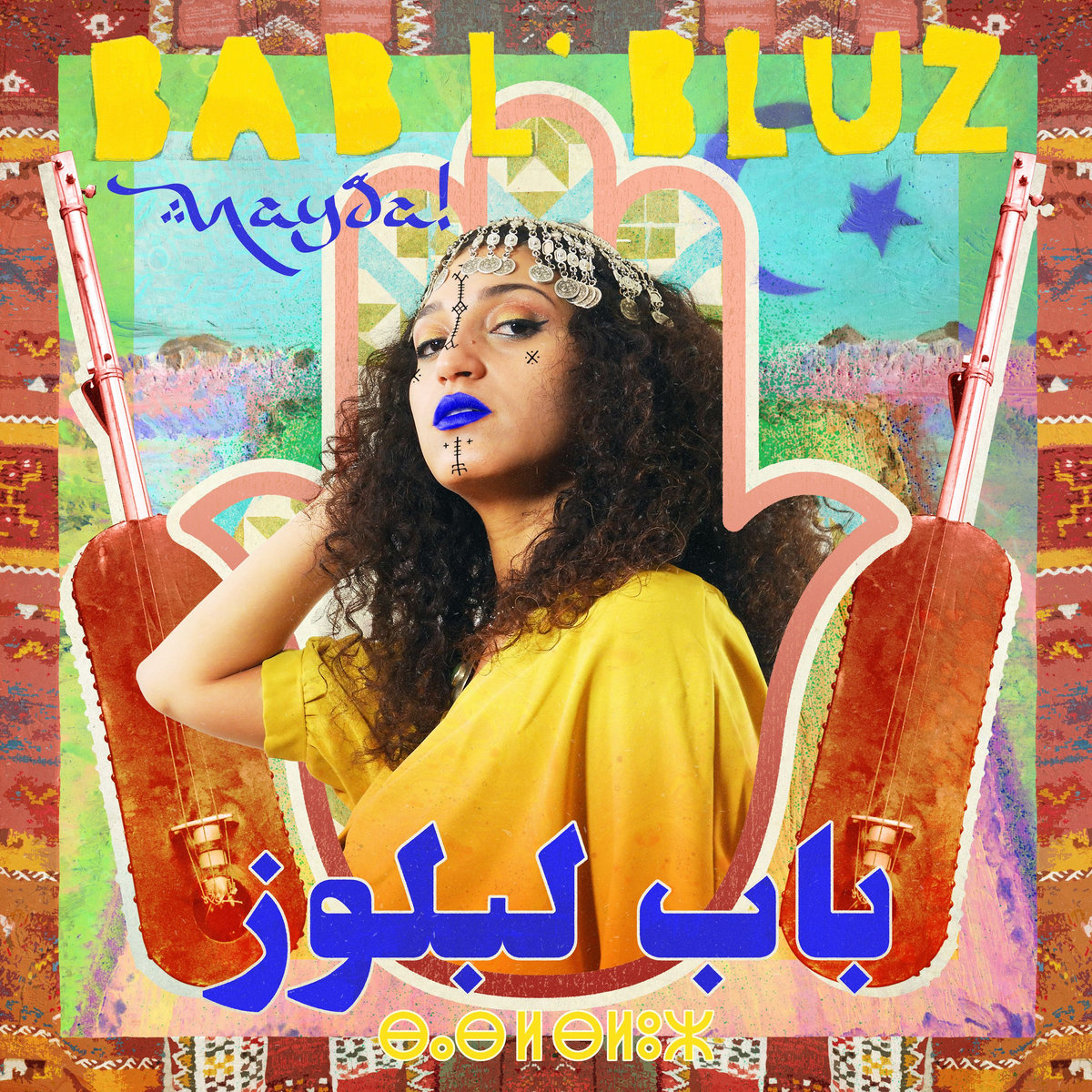 A recent signing to UK label, Real World Records (who describe their new crew as a ‘Moroccan-French power quartet’), the band push forward their ‘reclaim on the blues for North Africa’.

Adapting to what has been considered a traditionally male dominated role, Yousra Mansour leads the band with an attitude of revolt, joined by Brice Bottin (Guembri, guitar, percussions, backing vocals), Hafid Zouaoui (Drums, backing vocals) and Jérôme Bartolome (Flute, percussion, back vocals).  Echoing Morocco’s ‘nayda’ youth movement as a new wave of artists and musicians take their cues from local heritage, singing words of freedom in the Moroccan-Arabic dialect of darija.

But this is not all about tradition and at their core the band ultimately “consider themselves as a rock band – but one that “does things quite differently”.  Swapping traditional guitars for instruments native to Gnawa culture, Mansour has described how: “We use the awicha as a guitar and the guembri as a bass, both at different tunings.  I fell in love with the trance grooves of Gnawa music and took up singing Gnawa-style at home and with friends. There was resistance at first because I was female”

Gnawas play deeply hypnotic trance music and after watching a short clip from one of Bab L’ Bluz’s live performances (see below), it fills me with nothing but pure excitement to see what this dynamic bunch are all about – and I can’t wait to see them live one day!   This inspiriting sound endorses justice, unity and rebellion and through the Moroccan-Arabic dialect of darija, this is how the album’s lyrics are delivered and driven – and I go back to what I’ve said before with regards to extracting the essence through feel and delivery, for even though I do not understand the language, the message is clear! This music powerful and universally bonding!

The band’s debut album, Nayda!, is out now and can be heard in its entirety and purchased from here.