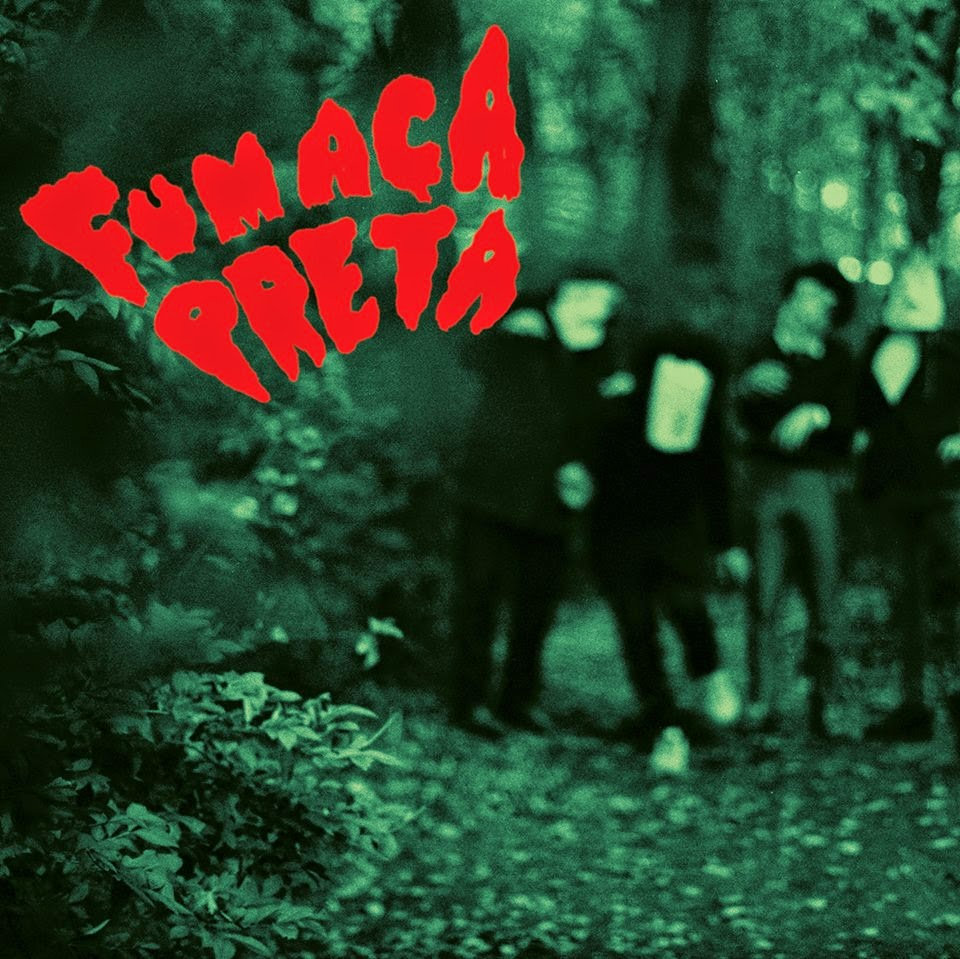 “Fueled by acid-drenched effects, with Caribbean and Brazilian rhythms sifted through a cheesecloth of loopy Bahian grooves and Zappa-esque chamber music”

Inspired by everything from Brazilian macumba, batacuda, and latter-day tropicalia to James Brown, analog electronica, Turkish psychedelia, garage rock, and post-punk, this band started as a studio experiment when Alex Figueira, a Portuguese-Venezuelan producer and percussionist, invited some old friends to join him in the tiny analogue studio he built on the back of his house in Amsterdam.

The songs that were conceived, recorded to tape and mixed in that 3 day session early in 2012, became the bands first 45 on Music With Soul Records.  Fumaça Preta continued to meet in the Barracão Sound Laboratory, swiftly producing another 45, and then set about recording their self-titled debut album – this time on Soundway Records. Soundway Records boss, Miles Cleret (who had been so impressed by the previous two singles) got in touch and signed the band, issuing their self-titled full-length debut at Barracão Studio in the spring of 2014. Soundway released it in September.

Pupilas Dilatadas is taken from their debut and, together with some exotically nifty percussion and edgy vocals, encompasses their voodoo elements perfectly. It’s a little bit dark, but very inviting; intriguing and curiously bewitching! From what I can gather the band are no longer together, but thankfully they cut at least three albums and more singles, so that leaves me plenty to explore!