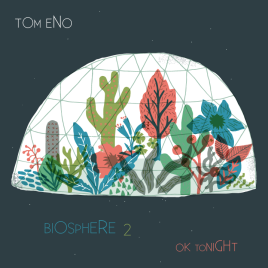 What I really appreciate when searching for music is you just never know what you might uncover.  Last November I featured a great song by electronic duo Mountain Folk, titled ‘Don’t Go Down There’ – it’s a real nice track and well worth checking out.

Tonight I stumbled upon the Winchester-born DJ and producer Tom Eno who, alongside Danish producer René Kirkegaard, formed that very same Mountain Folk; and it was with this project that Tom Eno began to explore and experiment with more electronic-based sounds.

Drawing inspiration from jazz masters Charlie Byrd and Django Reinhardt as well as classical guitarists and composers such as Segovia and Villa-Lobos, Tom Eno has a very distinctive playing style which blended classical Spanish and Jazz guitar.  This versatility allowing him to become involved in numerous projects including an album with singer and producer Mr James Bright, collaborations with German label Jazz & Milk and Argentinean producer Ezequiel Lodeiro.

This autumn Tom returns with a new EP called ‘Biosphere’ which features today’s song, ‘Ok Tonight’ which is an effortless feat of stripped back rhythms, smooth spacious grooves and clean crisp guitars where the space speaks for itself.

The Biosphere EP will be released on Friday November 6th via jack to phono records and includes the tracks: Biosphere and OK Tonight.