SONG OF THE DAY L’Orange – Look Around (feat. Oddisee) 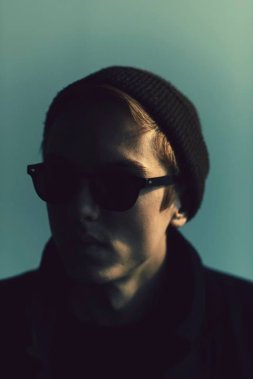 “My new album is called The Ordinary Man, it’ll be out 10/27!   The first single with Oddisee is out today and it’s one of the best songs I’ve ever made.  Losing my hearing over the past few years has made it hard for me to make as much music as I wanted to. But, today it’s my pleasure to let you know that I’m back..”

Best known for his early 20th century-inspired style and stripped-down jazz influences, Nashville’s L’Orange is due to release a new album at the end of next month and, in his own words, boasts that this is some of his best work to date.  This could be because L’Orange has recently had to deal with hearing loss, for which he has undergone multiple surgeries, whilst also battling with depression and it can only be a blessing that from this ordeal he has found inspiration and solace in creating his third and latest record.

The Ordinary Man is a concept album about a superstar magician disillusioned with the world that made his greatness and, as explained on L’Orange’s Soundcloud page, follows a magician from being an unknown to the biggest star in the world. Performing impossible feats for thousands of people, the magician eventually becomes disillusioned and bitter, blaming the world for not understanding his greatness.  Although dark in tone, the album delivers this story playfully, conveying this shadowy story in a more lighthearted manner.   The album is also mostly instrumental but features guest vocals from the likes of, Del The Funky Homosapien, Blu, Elzhi and Oddisee, as well as up and coming artists like Koreatown Oddity, Chuuwee & Solemn Brigham

1 Response to SONG OF THE DAY L’Orange – Look Around (feat. Oddisee)