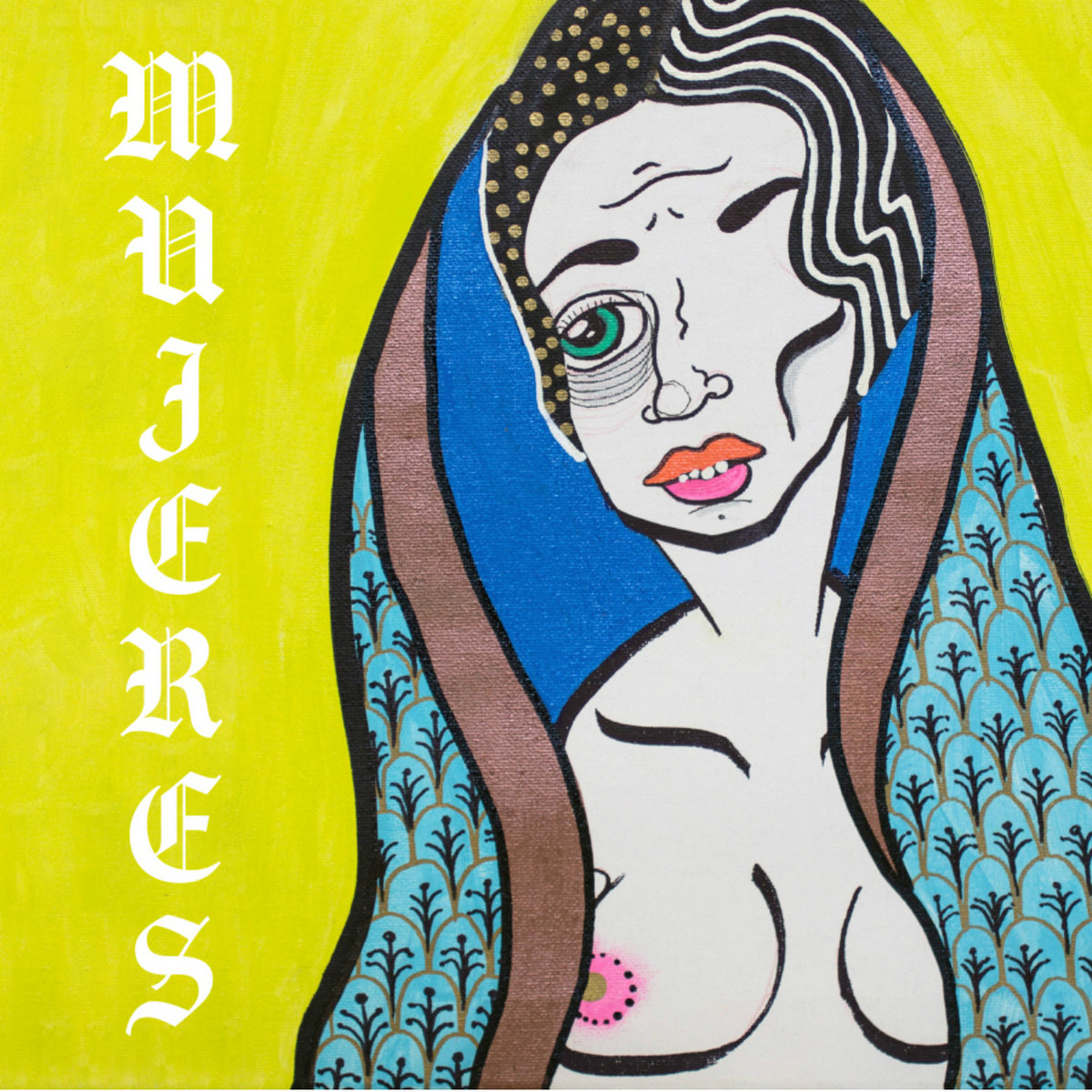 Running for over ten years now, Portland, Orogen-based Y La Bamba are a Latin/American, folk/alternative band led by singer-songwriter and guitarist Luz Elena Mendoza.  This dynamic artist is something of a wonder; creating a fusion of sounds steeped in bolero, mariachi, lo-fi rock and folk-pop.  Her music is influenced by the traditional music of her Michoacan, Mexico-born parents and her lyrics (sang in both English and Spanish) often focus on spiritual contemplation as well as her personal journey, both political and emotional.

Consisting of Mendoza (vocals, guitar), Ryan Oxford (vocals, guitar), Julia Mendiolea (vocals, keys), Miguel Jiménez-Cruz (drums) and Zack Terán (vocals, bass), the band have released five albums and two EP’s.  Their sound is pretty unique and whilst the body of this vibrant, jubilant and uplifting music is very much nestled in modern dream-pop, the head and heart of these compositions are both ethereal and spiritual.

Last years album, Mujeres (translated as “Woman”) continues with the spiritual, soul-searching theme and features 14 delicately woven tracks that are so very easy to become utterly absorbed in; they are gentle and nurturing, yet so discernibly bright.  In the notes on their bandcamp page the record contains this information:

“….Armed with the emotionality of traditional música mexicana and the storytelling of American folk, Y La Bamba’s artistry is not just their musical ability but Mendoza’s search for unadulterated truth. It is in an ancestral journey in which Mendoza comes to terms with the influence and limitations of her upbringing.

While there is a celebration of the Mexican creativity that has informed Mendoza’s life, there is a darker side to reconcile with. Where do mujeres fit in to the American story? What are the sins for which we are all guilty? How do different generations interact with the world? How can a culture become visible without being tokenized? It is no surprise that in Mujeres, Y La Bamba’s first record with Mendoza at the helm of production, Mendoza contemplates these questions to tell her story. But it is not just Mendoza’s story. Challenging a narrative and dealing with the emotionality of that effort— that is everyone’s story…”

Title track Mujeres really lifted me up today…those layered voices..the way they soar over massive beats..its glistening and shiny and has given me sunshine..what more could I ask for!? Check it out above and listen to the rest of the album here.