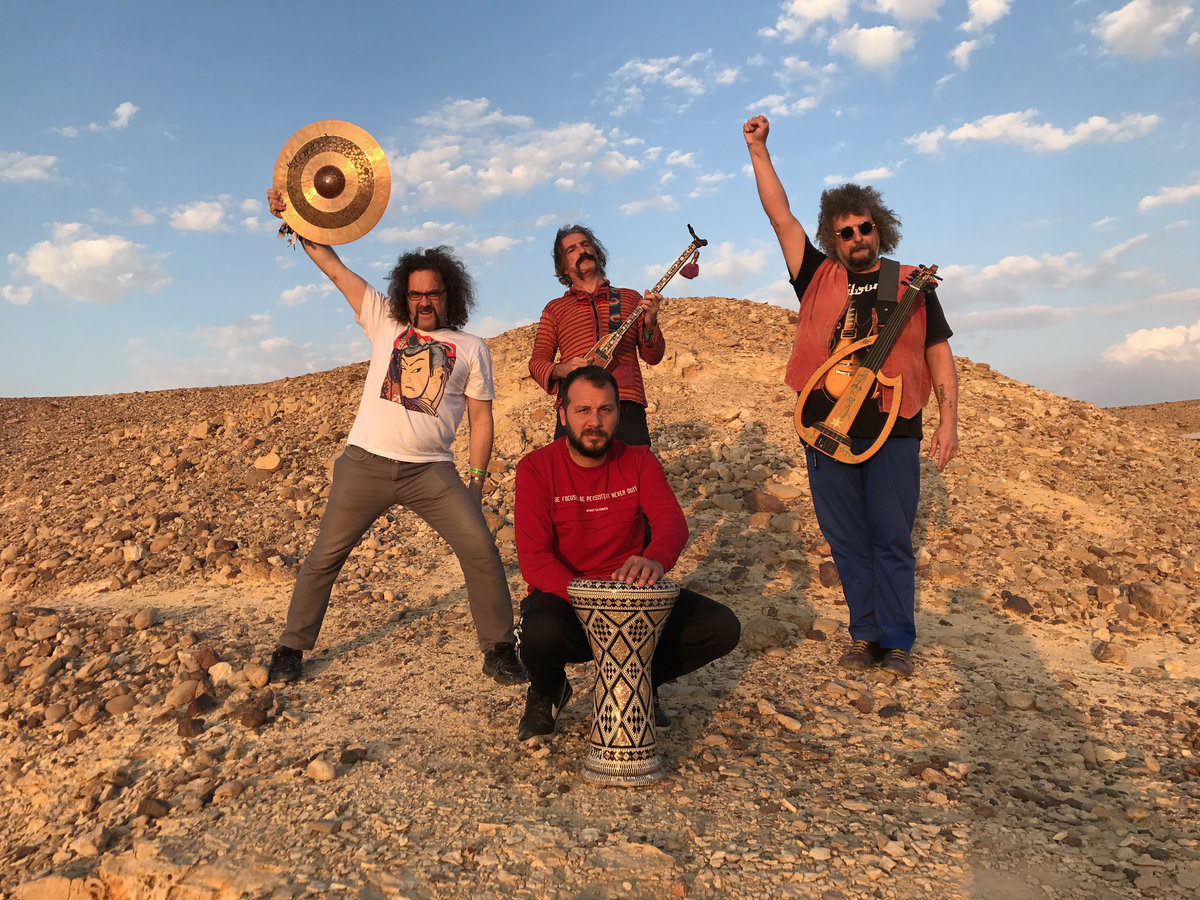 Sit back and enjoy as you enter into a world of calming melodies, exotic rhythms and cool Turkish psychedelia!

Today I present BaBa ZuLa, a Turkish alternative collective founded in Instanbul in 1996.  Pushing forward a classic Turkish psych sound, the band came together after the break up of experimental band ZeN, BaBa ZuLa and though they started out scoring for film, they have now evolved their own style over a number of records.

Drawing upon a wide variety of influences and transposing them onto an array of instrumentation, this sound is enticing and inviting.  The band are led by electric saz player Osman Murat Ertel, who grew up in the creative musical milieu of 1960’s Istanbul, and when asked as a band to classify their sound, they have described their music as: ‘Psychedelic Istanbul Rock ’n Roll’ – a heady mixture that laces the classic Anadolu psych sound with modern electronics, dubwise studio smarts, and fiery left-field sonic radicalism.  Other members include,  Murat Ertel (electric saz, electronic sounds, vocals), Levent Akman (electronic sounds, wooden spoons), Özgür Çakırlar (percussions), Melike Şahin (vocals, backing vocals), Periklis Tsoukalas (electric oud) and Bahar Sarah (dancer), Nourah (dancer).

The hypnotic charms of today’s song, Kelebekler Kuslar (Butterflies and Birds), can be frond on their latest album, Hayvan Gibi, which was recorded direct-to-disc on Thursday 22nd & Friday 23rd August 2019 at Artone Studio and released earlier this month.

Speaking of the record and what pushed them further, BaBa Zula co-founder and percussionist Levent Akman explains how, ‘being a member of the BaBa ZuLa group always means being ready for live recordings and concerts,’ he says. ‘The people who listened to our albums and came to our concerts sometimes told us that they couldn’t find the energy of the concerts in the albums. Every time we heard this comment it made us a bit sad. But I think that we have succeeded finally with these recordings. All the songs we recorded had an extreme positive aura to them.’

Vocalist and electronic musician, Murat Ertel also considers this session significant for another reason – it captures the band together just before the coronavirus pandemic separated them. ‘This record’s timing is also very important, because at the moment bands cannot perform,’ he says. ‘This makes the recording even more precious, because it was before the pandemic, and it shows the power of people playing together. The interplay between us, and the telepathy we have after more than twenty-five years together, really creates a group feeling.’

The result is an extraordinary recording that documents one of the world’s heaviest bands at a decisive moment in their twenty-five year history, putting everything into a live session that captures their visionary expression of classic Anadolu psychedelia at its most naturally incandescent.  Lose yourself in nine minutes of hypnotic bliss , check them out performing Kelebekler Kuslar (Butterflies and Birds) live below and listen to the rest of their latest album here.