SONG OF THE DAY Juca Chaves – Take Me Back To Piauí 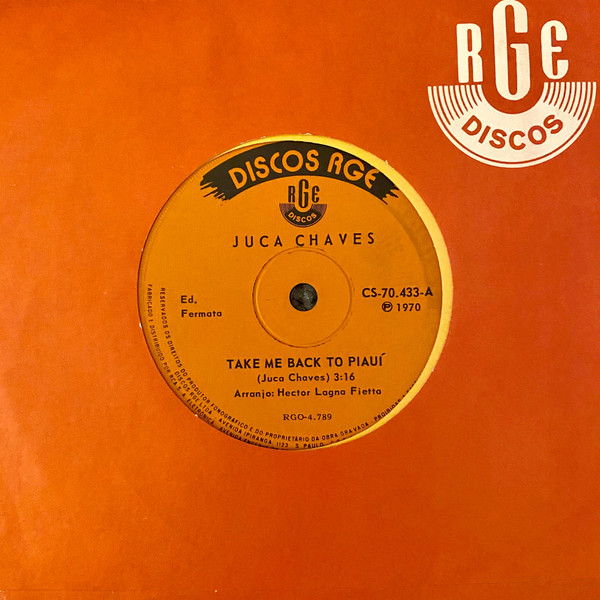 Jurandyr Czaczkes, a.k.a Juca Chaves, is a Brazilian singer-songwriter whose musical career began the early 1960’s. Over the course of nearly 40 years, he’s celebrated an array of vibrant releases across a varied spectrum of labels. As is career progressed his songs increasingly become increasingly political and Chaves became an active critic of the Brazilian military dictatorship. Like Caetano Veloso and Gilberto Gil alike, he was was exiled in the early 1970s to Portugal and then Italy.

Take Me Back To Piaui is a madly catchy ear worm….or an ear snake, even!!! It didn’t take many listens to get nestled in my head, and the more I listen, the more I like! Originally released on 7″ by RGE in 1970, the song also features on his album, Muito Vivo (aptly translating as”Very Alive“).

Mr Bongo also reissued this little beauty in 2011 and if you fancy grabbing yourself a copy of this, you can find that here. Enjoy!