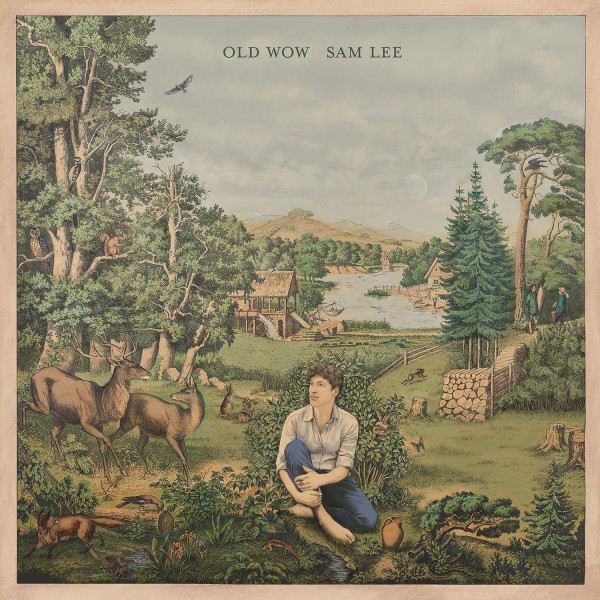 Highly dedicated to conservation, authentic folk music/folk event promotion and all things natural, Sam Lee is something of a fascinating character, and though I’ve known of him for many years, it’s only recently I’ve really started listening to his music.

Before becoming a folk singer (in around about 2012), Lee was a wilderness survival expert and once travelled as a student of Ray Mears. His connection to the earth and the natural world is never far from his consciousness and this is reflected in everything he does. His music and his instrumentation follows a “roots and wings” concept of how traditional music needs to thrive and survive and the passion to keep the old living through the new pours out in his compositions.  Sam Lee has also dedicated many moons to collecting, restoring and sharing ancient music from Britain and Ireland and these influences take shape in his songs.

Today’s song appears on his 2020 album, Old Wow and was produced by Suede’s Bernard Butler. Alongside Butler’s electric guitar (somewhat a first for a Sam Lee record) the album features vocals from Elizabeth Frazer (Cocteau Twins), (the lovely) Cosmo Sheldrake, Dizraeli and Caoimhin O Raghallaigh (The Gloaming). The record is devoted to the natural world and this I LOVE. In fact, its hard not to love Sam Lee, for all that he creates comes from an earthy place.  For this offering, Sam has extended this dedication to many years as a passionate conservationist and environmental campaigner, having recently collaborated with Extinction Rebellion and Music Declares Emergency, including a contribution to the recent climate anthology Letters To The Earth.

Talking about the origins of the track, Sam explains that “themes of death and renewal are central […] it has been adapted from the singing of an old ferry boatman in the 1860s, who rowed the collector of this song across the water in Port Royal, a set of islands in South Carolina. It was described in the notes as being in the dead of night, with one hooded oarsmen guided only by a small oil lamp chanting this song as he rowed. The similarity to Charon the ferryman of Hades carrying the dead souls across the Styx in greek mythology was not lost on the collector. This song touches deep into that sense of parting from the realm of the living. It speaks of final journeys, our returning to the soil and the eventual confrontation and acceptance of death that we all one day make.”

I swear this one will get well and truly lodged in your brain! It’s beautiful!!