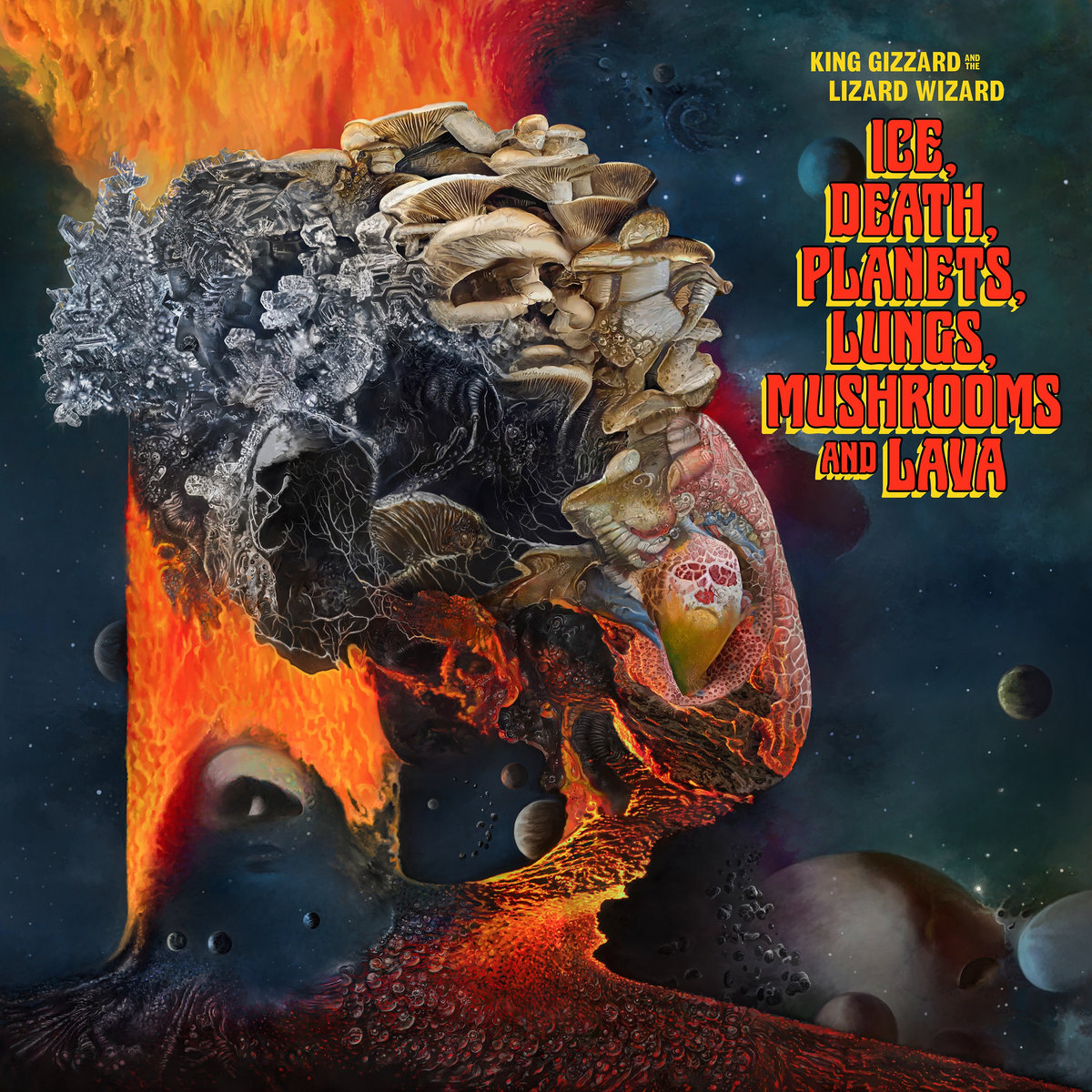 When it comes to King Gizzard and their crazy prolific, genre-defying sound, you never quite know what you are going to get when you press play. Sometimes it works for me and sometimes it doesn’t, but they never cease to impress with their sheer (seemingly) limitless sonic ideas!

King Gizzard & the Lizard Wizard have announced the release of three new albums next month. The first of their upcoming releases, Ice, Death, Planets, Lungs, Mushrooms and Lava will come out on October 7th – I’m liking the artwork to this!

The seven-track release will be followed by Laminated Denim on October 12th and Changes on October 28th. All three albums will be released on their own KGLW record label.

Ahead of the first LP in the series, the band have shared a new single called Ice V (lyrics below), which arrives with a rather amusing accompanying music video. In the Danny Cohen-directed video, King Gizzard guitarist Joey Walker wanders around a seaside paradise with a beach towel before breaking into some outrageous dance moves…..and who doesn’t love love a wacky dance groove!!!

Ice, Death, Planets, Lungs, Mushrooms And Lava was written during studio sessions that the band came to with very little material. Explaining this creative process, frontman Stu Mackenzie reported how “All we had prepared as we walked into the studio were these seven song titles. I have a list on my phone of hundreds of possible song titles. I’ll never use most of them, but they’re words and phrases I feel could be digested into King Gizzard-world.”

The trio of new King Gizzard releases are set to arrive while the band are on tour, performing alongside Black Midi, Leah Senior, Tropical Fuck Storm, and the Murlocs with dates into early 2023…not to mention some other releases they have up their infinite sleeves!! Ice V is a ten-minute cosmic romp that floats through galaxies of lush psychedelic layers, exploring realms of afrobeat, funk and disco as they surge forward into unchartered territories…Ice V invigorates! Check it out above, watch the video below and if you fancy it, you can pre-order their new album from here.

Ain’t getting out of here alive
Ice V has arrived

Will we survive Ice V?

Ain’t getting out of here alive
Ice V has arrived