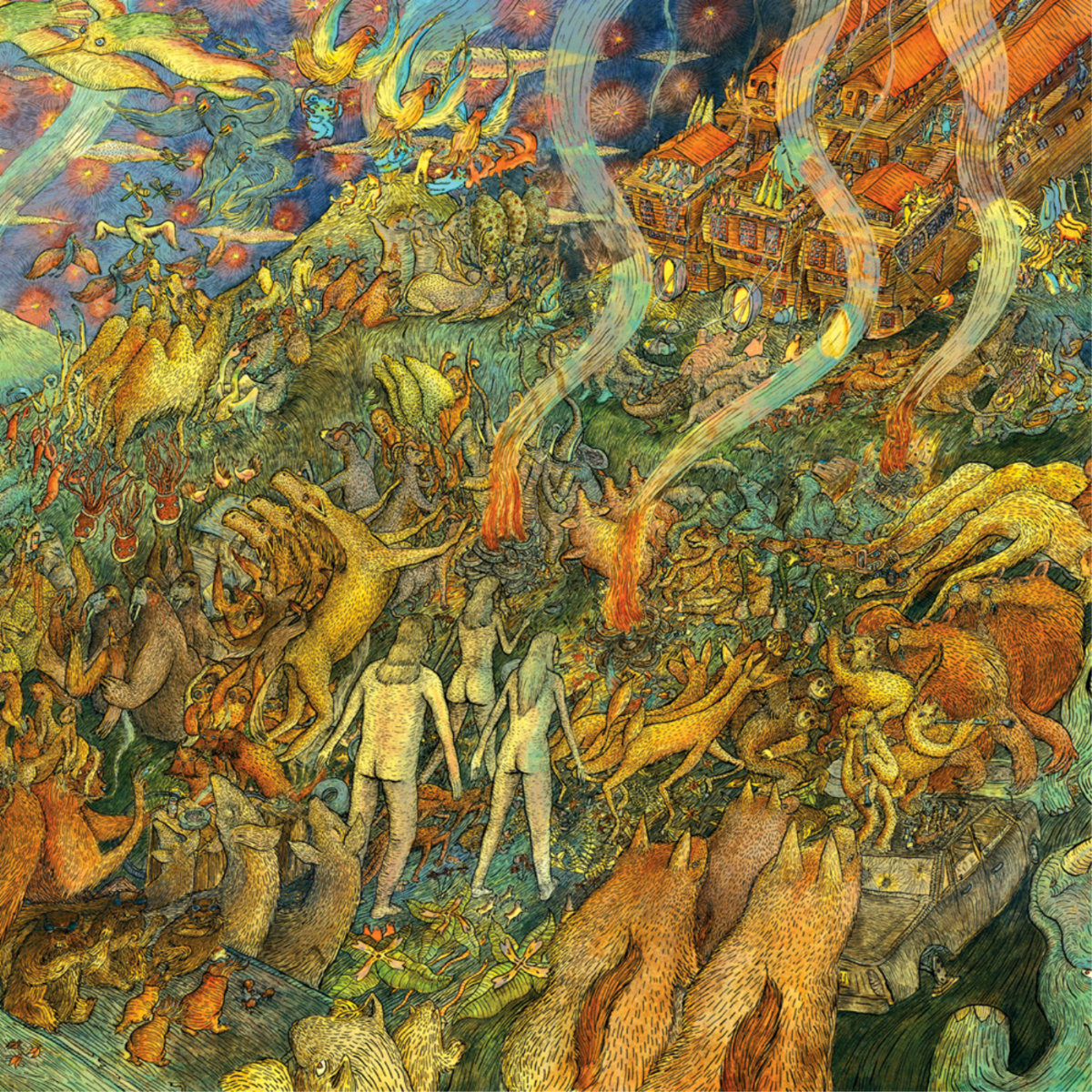 Any band that writes a song called “All My Heroes Are Weirdos” are bound to raise a smile and a decent chunk of time from me!! This was the song that first introduced me to California’s !!! and this was the song that took me to today’s offering, Myth Takes, which is the title track from their third studio album, which was released in 2007 on Warp Records.

Specialising in rock of the alternative time, !!! hail from Sacramento, California and formed in the mid-1990’s. Brought together by lead singer Nic Offer, members of !!! were an amalgamation of other local bands such as the Yah Mos, Black Liquorice and Pope Smashers. Currently based in New York, the band issued their ninth album, Let It Be Blue in May this year!! Soon after getting together, the !!! quickly grew into an eight-member ensemble, appointing Mario Andreoni on guitar, Offer on vocals, Justin van der Volgen on bass, Dan Gorman on trumpet and percussion, Tyler Pope on guitar, Allan Wilson on saxophone and percussion, John Pugh on drums, and Jason Racine on percussion.

Fusing the groove-oriented style of James Brown’s backing band with the edginess of Gang of Four and the Contortions and featuring an expansive percussive presence, !!! spent its first few years as a group developing its sound and playing at house parties for friends in Sacramento. At the same time, Offer, Pope, and van der Volgen were playing in a dub-inflected instrumental outfit called Out Hud, with Molly Schnick, Phyllis Forbes and two musicians who used to be in the band Raoul.

I’ve yet to discover all of their other sonic delights, but am happy to be sharing the rhythmic ear-hopper that is Myth Takes. It’s catchy in a different way with its deep-cut, hypnotic rhythm that gets under the skin and makes it bubble and pulse!! Check it out above and if you fancy hearing the rest of this album, you can find that here.