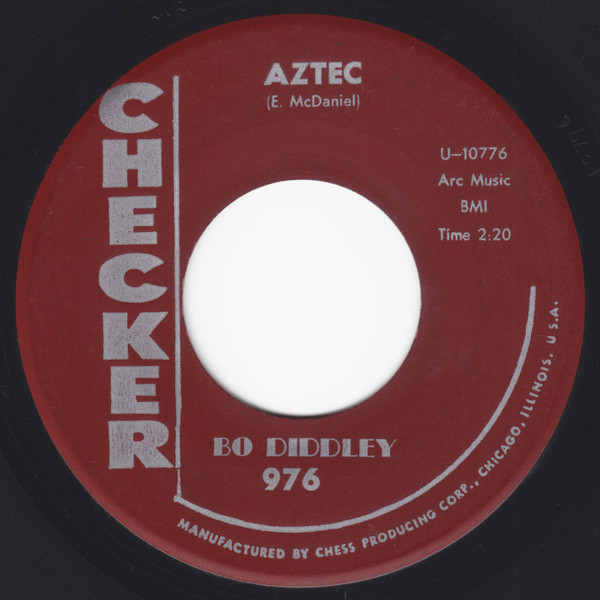 The great Bo Diddley recorded many a mighty fine song! In fact, it would be fair to say that ALL of his songs fall into that category; he is a legend!! Today’s instrumental slice of sonic spice first appeared as the B-side to his Not Guilty 45, which was issued in 1961 on Chess Records’ subsidiary, Checker Records.

Unlike its A-side counterpart, Aztec steers away from Diddley’s traditional sound, venturing into the exotic realms of a smouldering Latin instrumental. It’s dreamy, hypnotic and I love the way the guitar phrases bend and curve, shaping this song into a desert fancy of forgotten dreams!!

The song also appears on his Bo Diddley Is A… Lover LP which was also issued in 1961 on the same Checker label. It’s a great record, perfectly recommended by AllMusic reviewer Bruce Eder who had this to say of it: “There’s not a bad song on this long-forgotten album; in fact, it’s all good, and so little of it has been reissued that it’s a crime. … Find it, buy it, and savor it”

So, what you waiting for? Go check this great song out above and listen to the whole album below… 🙂