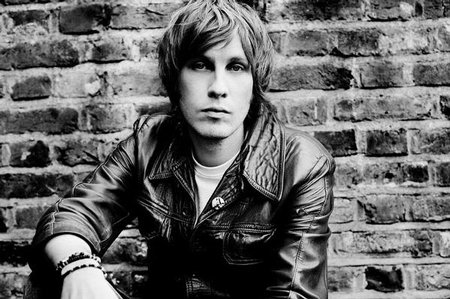 Scott Matthews was a name I’d never heard of until today when Guy Garvey played one of his early tracks on his radio show.  I say early track because this UK singer-songwriter hailing from Wolverhampton has been releasing music for over a decade, so how he passed me by I shall never know.

Incorporating blues, folk & middle eastern influences into his music, hints of Jeff Buckley can also be detected at times, check out Ballerina Lake for example, but Scott Matthews’ vocal range has the ability to stray into more rough and gravelly realms and this gives him a rather striking sound.  Emerging in the Spring of 2006 with Passing Stranger, this debut album was originally released via his own label San Remo Records; but it wasn’t long before this collection of acoustic bluesy rock songs grabbed the attention of Island Records who re-issued the album in the October that same year!

Sweet Scented Stranger appears on Scott Matthews debut LP and as it drifted out from the radio today, this sweet sounding music captured my undivided attention as I sat facing the stereo savouring the moment.  Hypnotic sliding guitar accompanied by vocals that switch from rough, dusty blues to intricate and fragile folk are a striking feature in this song, but I also appreciate its structure and how it flows freely between two very contrasting sounds.  Listen above and check out a fantastic live version below.