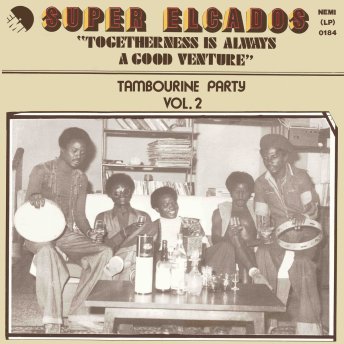 Aside from its rather enticing and attractive name, Togetherness is Always a Good Venture just also happens to be one very funky record; and a highly sought after one at that!

Initially released as an album by EMI Nigeria in 1976, this eight track collection fuses a hefty dose of Nigerian funk, soul and disco.

Recorded by the Super Elcados (and Elcados on other recordings), the band’s repertoire consisted of three albums, all of which were released throughout the mid 70’s.  At the end of this month Brighton’s Mr Bongo are to reissue the first of these three albums and this is where today’s groove-laden instrumental can be found!  Check out the wonders of Afro Funk above and pre-order your copy of the album from here.