SONG OF THE DAY Jeremy Ivey – Story Of A Fish 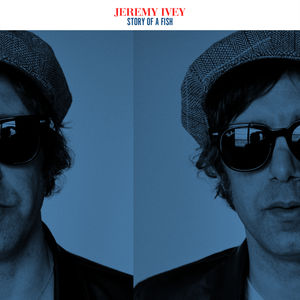 Nashville’s Jeremy Ivey has always operated behind the scenes, keeping his profile low-key and understated, whist always playing an integral part in whatever project he was involved with.

He has played in the Southern soul outfit Buffalo Clover, has produced and, on occasions, played harmonica-for and written songs-with the country singer-songwriter Margo Price – who also happens to be Ivey’s wife (and producer of his forthcoming album).

Finally taking the plunge to go it alone,  Jeremy Ivey is to share his debut solo album later this year with the records first single releasing today!

Explaining his seemingly late move into the solo realms, Ivey explained how “I want to prove that you can be in your 40s and be at the peak of your creativity.  Not a has-been, but as an ‘is-being.”

First single, Story of a Fish, tackles Ivey’s tough life experiences as they play out through the story of a salmon.  Tackling loneliness and the feelings associated with never really belonging, the song is a heartfelt reference to his being adopted.  Tracing his experiences through school, “I’m a fool in school/A lonely molecule/Try to swim through stone/I was born so far from home”, he also observes how troubled times never really leave you, painfully declaring, “Ain’t it hard when you find/That time is so unkind/Leaves you out in the cold/With no-ones hand to hold”.

The song has a gentle pace, slow and plodding, allowing for the tender narrative to naturally unfold as backing vocals echo a graceful accompaniment and Ivey’s very own lonesome harmonica melody embellishes this massively endearing folk-rock serenade. There couldn’t be a more fitting metaphor for Jeremy Ivey’s plight and through honest lyrics and expressive openness I found myself transported into the song, swimming alongside him and reaching out.   In a press release Ivey shared the songs inspiration, sharing how:  “I’m adopted, and I think that I always related with the story of salmon and how they’re born. The idea of being born far from your home, you know? You were born here, but you gotta get elsewhere. That’s the way I always felt. I always felt that I was born in the wrong place to the wrong people at the wrong time. ”  Listen above.