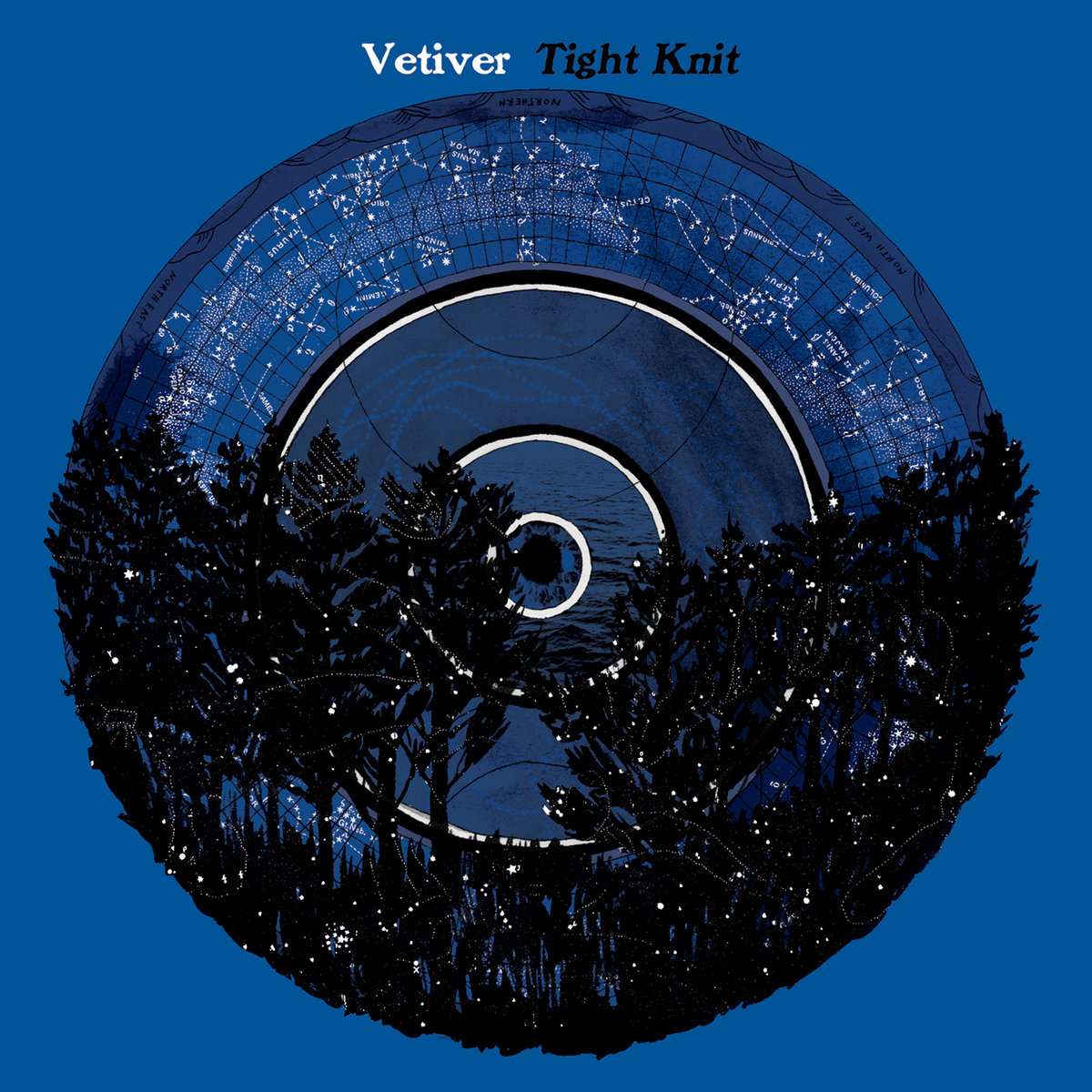 Forming nearly 17 years ago in San Francisco and headed by singer/songwriter Andy Cabic, Vetiver have been consistently churned out a steady flow of smooth indie folk ever since their self-titled debut in 2004.

Over the years the band have shared the bill with the likes of Vashti Bunyan, Fleet Foxes, The Shins, Fruit Bats, Devendra Banhart and Wilco; with Cabic later going on to launching his own record label in partnership with Devendra Banhart!

By their fourth album the band were signed to Sub Pop and in 2009 Tight Knit was released as the label’s debut.  Continuing with their fine blend of cosmic country/folk rock this record soon became known as of of Andy Cabic’s “most consistently engaging batch of songs to date,” with each song a cool nod to the early 70’s sound of country rock.

Tight Knit has recently been uploaded onto Bandcamp along with various other Vetiver back catalogue material( which has made it nice and easy for me to retrace their previous works- up until this evening I wasn’t familiar with the band so this allows for the perfect catch up opportunity!).  The album was recorded in Cabic’s hometown, Sacramento and was produced by longtime Vetiver Collaborater Thom Monahan.  Perfect for unravelling to, the record is the ideal remedy for any stresses and strains one could encounter, for this collection of songs are both dreamy and gentle; soothing in their wake as they wash over you like an ocean of caressing waves.  Featured track Strictly Rule demonstrates this point perfectly and right from the start it makes you feel like you have been encased in a big, warm and very reassuring hug.  Its an easy listen with a large dose of the familiar about it so even if, like me, you haven’t heard it until now, I dare say it will feel like its been waiting to be found by you as it greets you with warm, welcoming arms…..Listen above and check out the rest of the album here.

8 Responses to SONG OF THE DAY Vetiver – Tight Knit