SONG OF THE DAY Blue Orchids – A Year With No Head 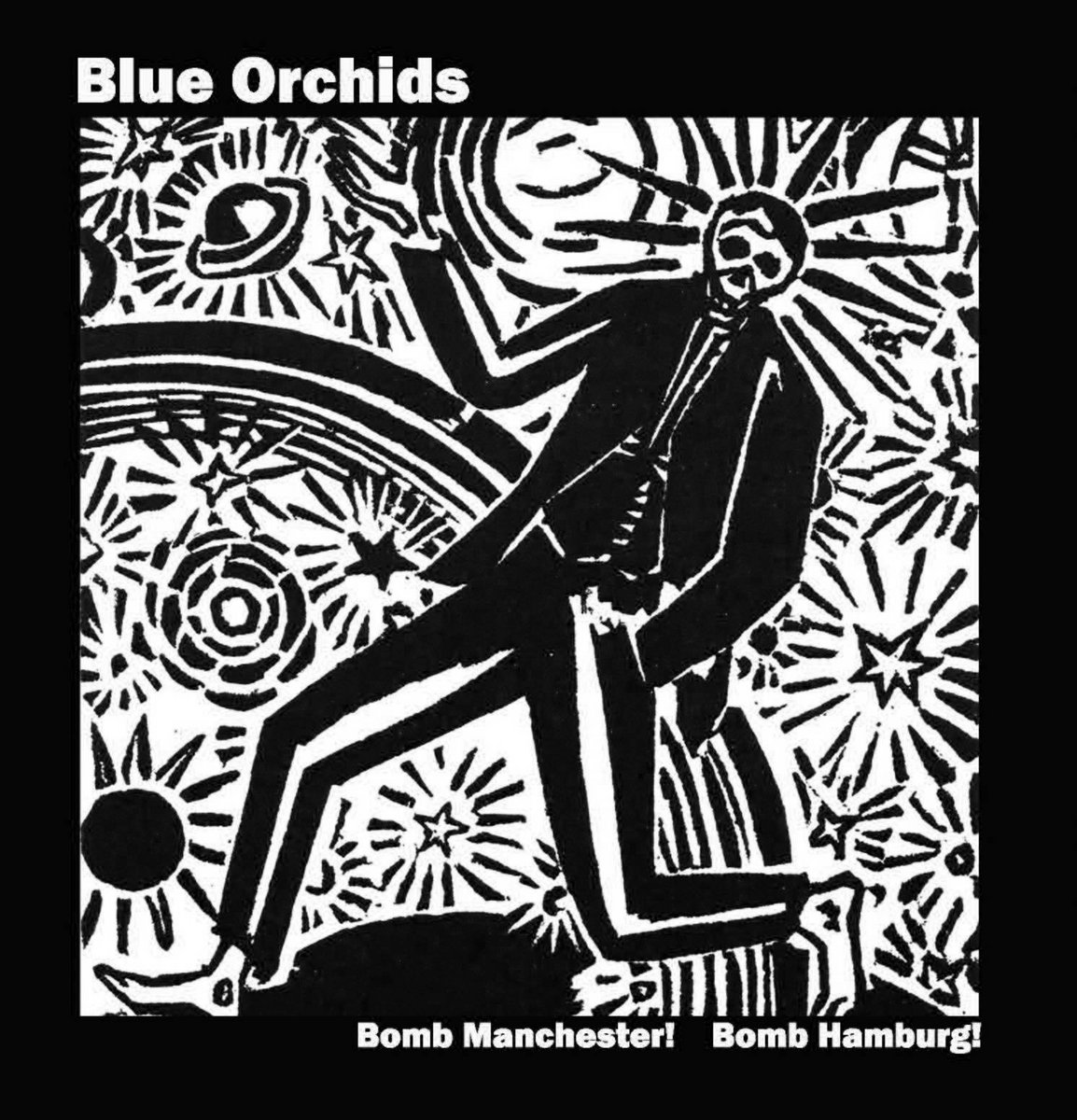 Martin Bramah quit playing with The Fall shortly after recording the band’s debut album, Live at the Witch Trials.  Shortly after he teamed up with two ex-fall members Una Baines (keyboardist) and Rick Goldstraw (guitarist), as well as Steve Toyne and drummer Ian Rogers (aka Joe Kin) and formed new band, Blue Orchids.

Coming together in 1979, their original name (as suggested by Salford-based punk poet John Cooper Clarke) was going to be The Blessed Orchids, but (according to Martin Bramah) Goldstraw miss-remembered it as The Blue Orchids and the name just stuck!!

The band signed to Rough Trade Records and in November 1980 they released their debut single, Disney Boys which was accompanied by The Flood on the flip side.  After this release Steve Toyne left the band and Rick Goldstraw took over bass and in February 1981 they dropped second single, Work.  This track was greatly received by John Peel who loved it so much he played it regularly and shortly after Work hit the airways the band went to record the first of their Peel Sessions for John Peel’s Radio 1 show!  That same year Echo & the Bunnymen discovered the Blue Orchids and subsequently invited the band to support them on their 1981 UK tour; after which they also acted as the backing band for the Velvet Underground’s Nico.

With everything seemingly going so well for them I do wonder why it is that their 1982 debut album, The Greatest Hit, was to be their one and only release in over two decades!  There was some intermittent activity in the years that followed, but it was 25 years before another album came out?!  I haven’t even delved into their other (later) records yet, but have had no trouble at all getting into The Greatest Hit!  If you love Mark E. Smith, Television, Buzzcocks etc, then you’ll love this!….It sounds like Smith and The Fall but also stands alone in its own right!..and from what I can gather from an article I recently read, Bramah appeared to lose The Fall to Smith, it was as much his band and had he stayed you can’t help but ponder what would’ve been created instead?

A Year With No Head was the song that took me to the Blue Orchids and in all its mellow, pondering glory you’ve got love lyrics and a melody like this..It’s a beauty! Check it out above.