Kikagaku Moyo are purveyors of all things psychedelic and experimental.  Their name translates to “geometric patterns” and with a sound rooted in dynamic and (often) lengthy arrangements, they enjoy creating intriguing journeys into sound.  Coming together in the summer of 2012 they started out busking on the streets of Tokyo and quickly developed into a tight group of multi-instrumentalists.

Their music is an eclectic breed of psychedelia, incorporating a broad spectrum of influences ranging from classical Indian music to krautrock, traditional folk to 1970’s rock…and anything that falls in between!  Most importantly their music is about freedom of the mind and body and building a bridge between the supernatural and the present.  Improvisation is a key element to their sound! 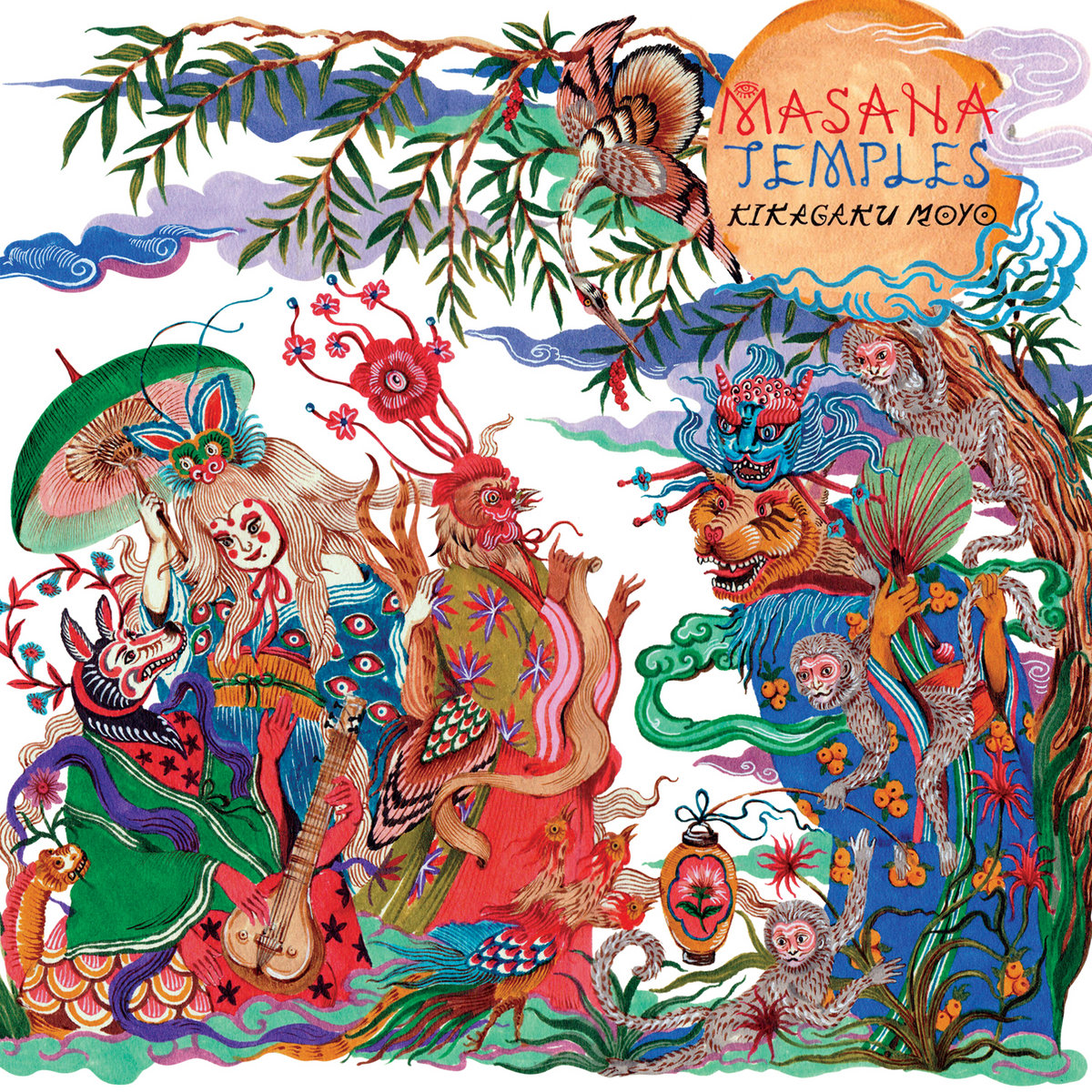 Released at the end of 2018, Masana Temples is name of their 4th studio album and is record created by these “psychedelic explorers” which encompasses their shared experiences over the ten featured tracks. Whilst travelling together on tour the band spent months together and for this record they wanted to “challenge their concepts of what psychedelic music could be”.  As described in the liner notes on their Bandcamp page the creation of this collection of songs was “more than the literal interpretation of being on a journey and its ever changing sonic panorama reflects the spiritual connection of the band moving through this all together. Life for a travelling band is a series of constant metamorphoses, with languages, cultures, climates and vibes changing with each new town. The only constant for Kikagaku Moyo throughout their travels were the five band members always together moving through it all, but each of them taking everything in from very different perspectives. Inspecting the harmonies and disparities between these perspectives, the group reflects the emotional impact of their nomadic paths. The music is the product of time spent in motion and all of the bending mindsets that come with it.”

Masana Temples is a rewarding and fascinating listen and through these wonderfully drawn-out kaleidoscopic sounds comes a compelling layering of highs, lows and exploratory textures; this is as close as you could get to actually travelling round with Kikagaku Moyo!  Dripping Sun eases you in gently, but soon picks up a hasty pace that is marked by shifting articulate rhythms and funky guitar riffs.  As quickly as the pace builds does it once again drop back into an understated lull as delicate vocals hypnotically glide in.  I love this variety of sound, this is the rainbow of music with colours galore and lets not forget, a lot of this is improvised too!!!

Check it out above and listen to the whole album (and more) on Kikagaku Moyo’s Bandcamp page here.