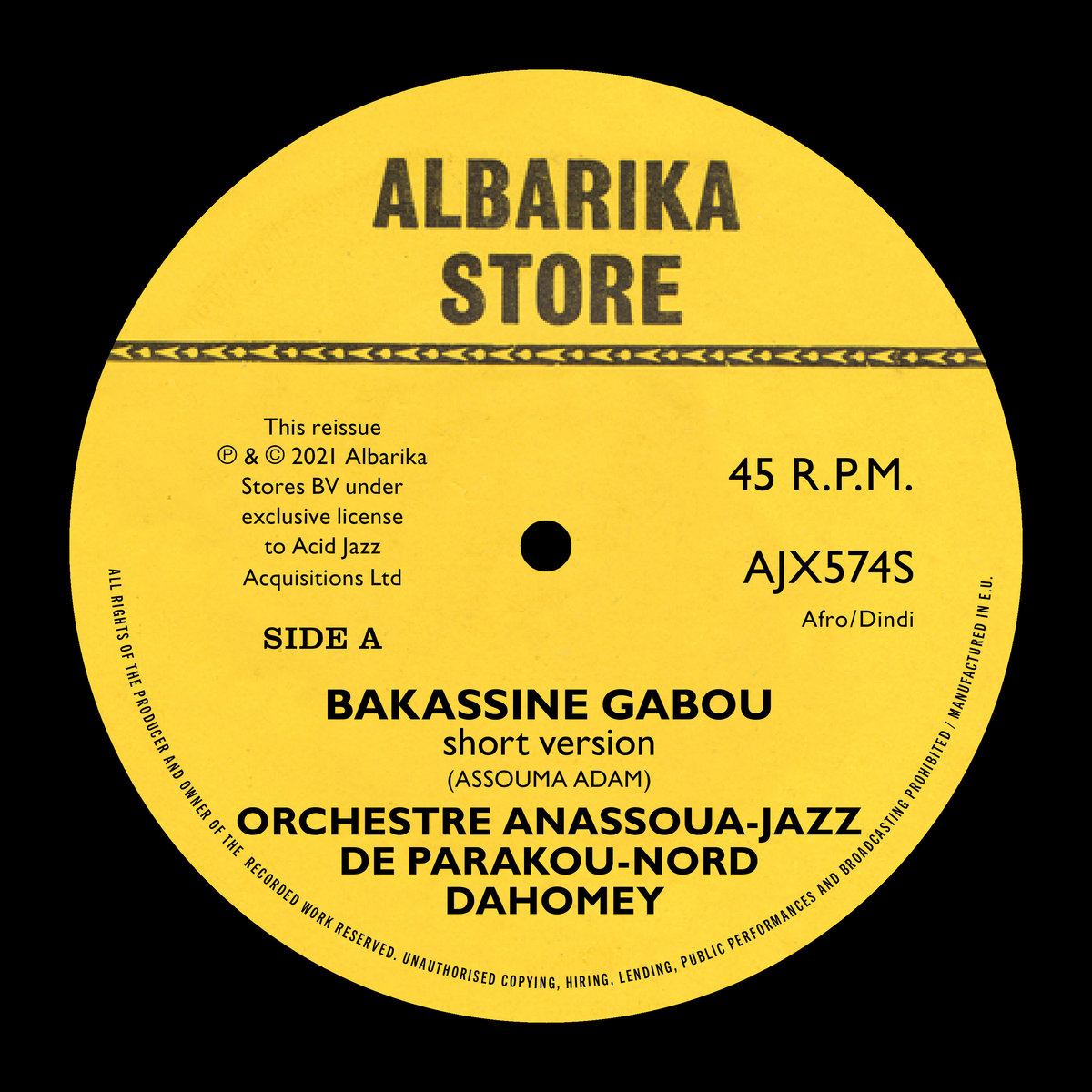 Parakou is a remote town just over 400 km north of Cotonou and was home Orchestre Anassoua-Jazz de Parakou. The band recorded a series of singles and EPs for Albarika though the 70s (plus a handful for other labels) but never realised a full album. Their earliest release looks like an EP that came out in 1965 on a label called Sonda.

Next month Benin label, Albarika Store (a label specialising in traditional folkloric, Afro-funk, Afro-Latin and Sato styles) are to reissue two tracks, Bakassine Gabou / Moumouni Bassina Borou Fo.  These two tracks were originally released on the label in 1975 (alongside a handful of other singles) and have been transferred, restored and mastered from the original 1/4 inch tape. A copy of this 45 is so scarce, however, that it is yet to surface on eBay and it isn’t even listed on Discogs! But it’s not all about the rarity – Bakassine Gabou has a highly-charged, glistening vibe with crisp guitars dancy rhythms and vibrant vocals, whilst its b-side, Moumouni Bassina Borou Fo, is something we have to wait for as there is no copy of this anywhere online – which makes this release even more exciting…I can’t wait! Both tracks are to be released on August 13th and can be pre-ordered here.