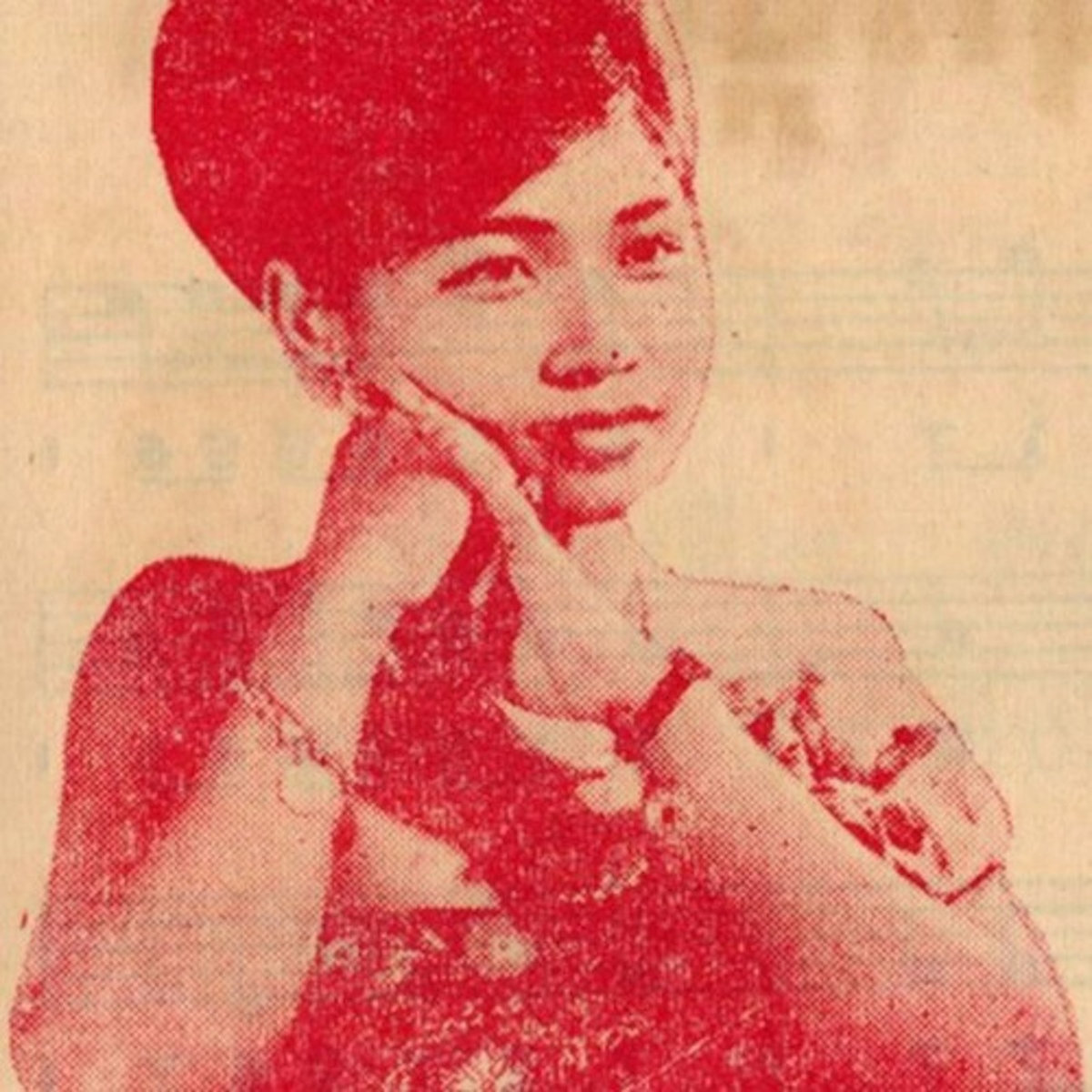 Ros Serey Sothea was a Cambodian singer and actress born in Battambang in 1948. She became something of a superstar in Cambodia, reaching cult status in a short space of time and was (aptly) titled “The golden Voice of the Royal Capital” by monarch King Norodom Sihanouk. Throughout her career she was credited with singing hundreds of songs, and the influence these had on the people of her country is marked by the reverence she still receives.

She was active during the final years of the Sangkum Reastr Niyum period and into the Khmer Republic period, covering the late 1960’s, right up until the mid 70’s. One of unique talents was that she could in a sing in a variety of genres, but romantic ballads emerged as her most popular works. There was, however, a brief time when her music strayed into more political realms. This occurred after a devastating civil war where the Khmer Republic eventually declared capitulation on 17 April 1975 and Sothea decided to focus her repertoire on patriotic songs to strengthen the minds of the citizens of the newly founded (Khmer Rouge-controlled) republic called “Democratic Kampuchea”.

Details of her life are relatively scarce and it is known that she passed away at a very young age – either 28/29 years old. In 1977 she was forced by revolutionary and then-leader Pol Pot himself to marry one of his personal assistants and reportedly died sometime in the last quarter of the very same year. She disappeared sometime in the late 1970s, but the circumstances of her fate remains a mystery and the circumstances ok her passing has always been the fuel for many (to a great extent far-fetched) conspiracy theories to date. Her body was never found and whatever her fate, her passing was way too early and who knows how great and far her career would’ve extended had she not vanished?

Sothea’s early recordings were largely traditional Cambodian ballads, but once she was introduced to the new sounds of French, American and UK music (which reached her via American radio that had been transmitted to U.S. troops in nearby South Vietnam) her sound evolved and experimentation with rock soul and psychedelia began to shape her offerings. New instrumentation was woven into her creations, and garage rock was born in Cambodia! Needless to say, this took her even further into stardom!

I’m not too sure of the exact release date of today’s song, Cham Dop Khae Teart (Wait Ten Months More) but, with its cool psych guitar and heavy western-influenced sound, I think its fair to assume it was one of her later offerings! Ros Seresysothea was a fascinating and pioneering artist who achieved so much in such a brief lifetime… Enjoy today’s song above and if you want to hear more, I’ve found lots more of her songs in an interesting compilation here!