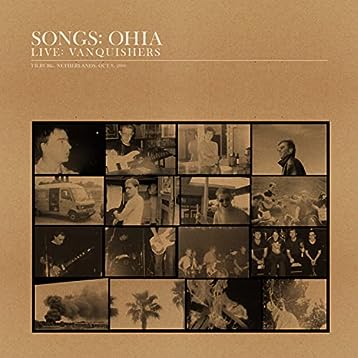 ason Andrew Molina, better known as Songs: Ohia, spent nearly 15 years recording music. As a vocalist, musician and singer-songwriter he worked with a cast of rotating musicians over the years, all of whom supported his solo projects Songs:Ohia and Magnolia Electric Co. I don’t know enough about this artist, I’ll be honest with you, but his untimely passing in 2013 was a tragedy..he was only 39!

In the years he was active, he produced a total of sixteen studio albums, eight EPs, and numerous singles. His overall discography was recognised by critics for his blending of indie rock, blues, and alternative country, and his notable tenor vocal range defined him!

Today’s song was originally (I believe) written in late 1998 and featured heavily in his 1999 tour schedule.  V.U. Anxiety was previously unreleased and though Jason Molina toured with this song, it has never been officially issued…until now! Secretly Canadian have today made this song available to buy and though this is the first time I’ve heard this, for those already aware of it, you may be chuffed to know you can now purchase it from one of these places! Check it out above.