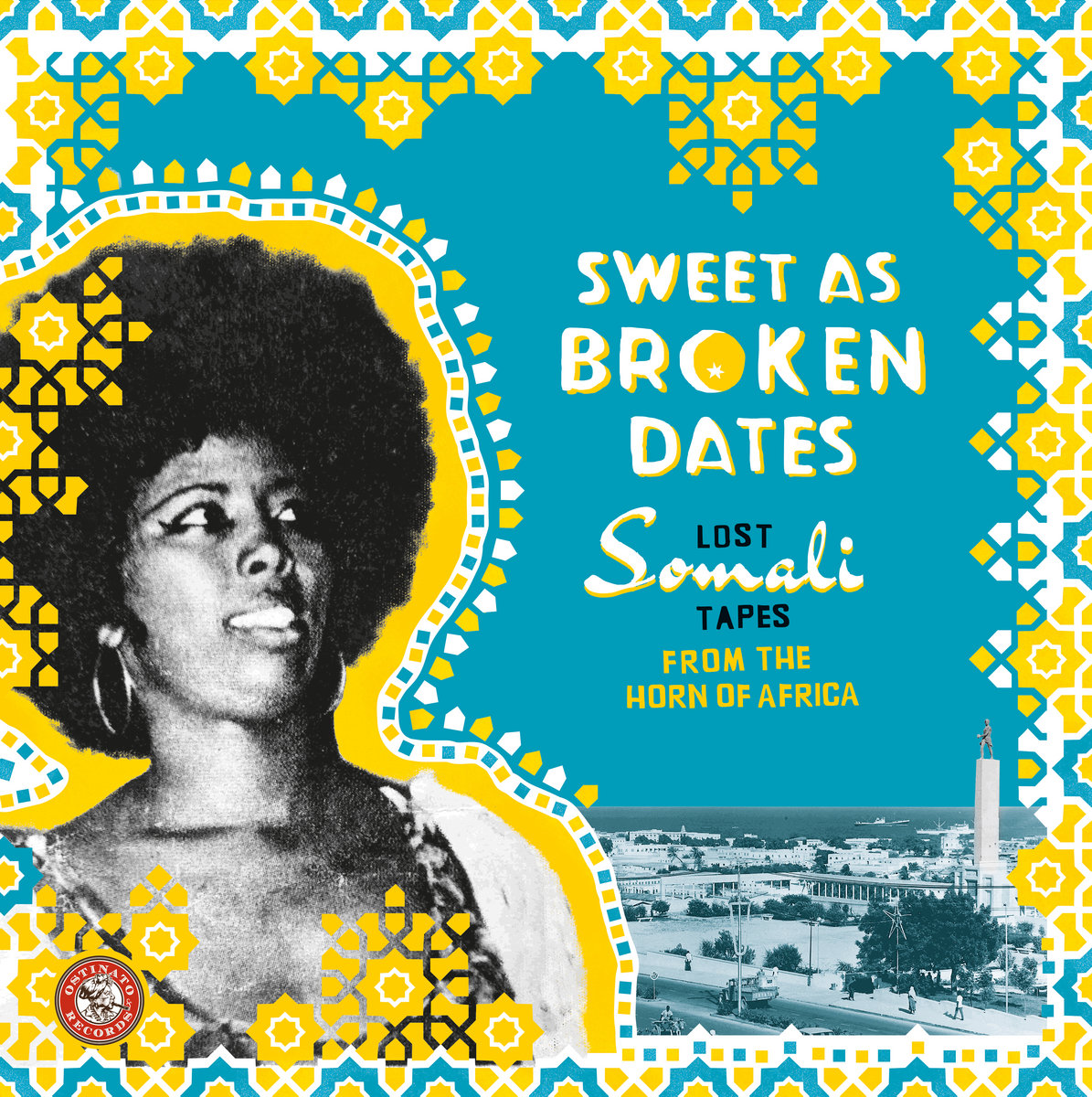 Three years ago New York’s Ostinato Records released a delicious collection of Somalian music on a compilation entitled, Sweet As Broken Dates: Lost Somali Tapes from the Horn of Africa.

There is an in-depth article behind the creation of this collection and its worth a read if you like what you hear today because there is plenty more where this came from and its a real treat for the ears!  It’s magic to think that all this music has been rediscovered thanks to label’s like these!..saved from the jaws of obscurity for our pleasure!  Track 10 is a song by 4 Mars entitled, Na Daadihi (Guide Us).  It’s sinuous melody wove its magic on me from the moment I heard it and in all its organic beauty its easy to feel the power of these poignant times through compelling vocals and hypnotic rhythms…Check it out above.

Below is an excerpt from the album’s liner notes that I’ve selected just to paint a picture of where today’s song and, indeed, the other 14 tracks have originated from (and like I previously mentioned, the rest of this article can be found here – and this is where you can listen/purchase a copy of the album from too!):

“Somali music’s golden age curiously occurred under a socialist military dictatorship, which effectively nationalised the music industry.  A thriving scene was owned entirely by the state. Music was recorded for and by national radio stations and only disseminated through public broadcasts or live performances. Private labels were virtually non-existent. This music was never made available for mass release. Almost all recorded material came from original masters or homemade recordings of radio broadcasts. As a result, most of it has never been heard outside Somalia and the immediate region.

This project took our team to Mogadishu, Hargeisa, Djibouti, and across the Somali diaspora in Europe, the United States, and the Middle East. For the last year, from Minnesota to Mogadishu to Malaysia, we have tracked down the musicians, songwriters, composers, former government officials, and quirky personalities that coloured Somali music life. Their words and stories are revealed in a 15,000-word liner note booklet — the only document of its kind to cover this era of Somali music in depth.

Alongside the story of Somalia’s music before the civil war, the selection is also focused on the pan-Somali sound. Spread over much of the Horn of Africa, Somali language and culture transcend arbitrary borders. Somali singers from Djibouti were at home in Mogadishu. This compilation seeks to revive the rightful image, history, and identity of the Somali people, detached from war, violence, piracy, and the specter of a persistent threat. These 15 tracks should serve as a necessary starting point………..”