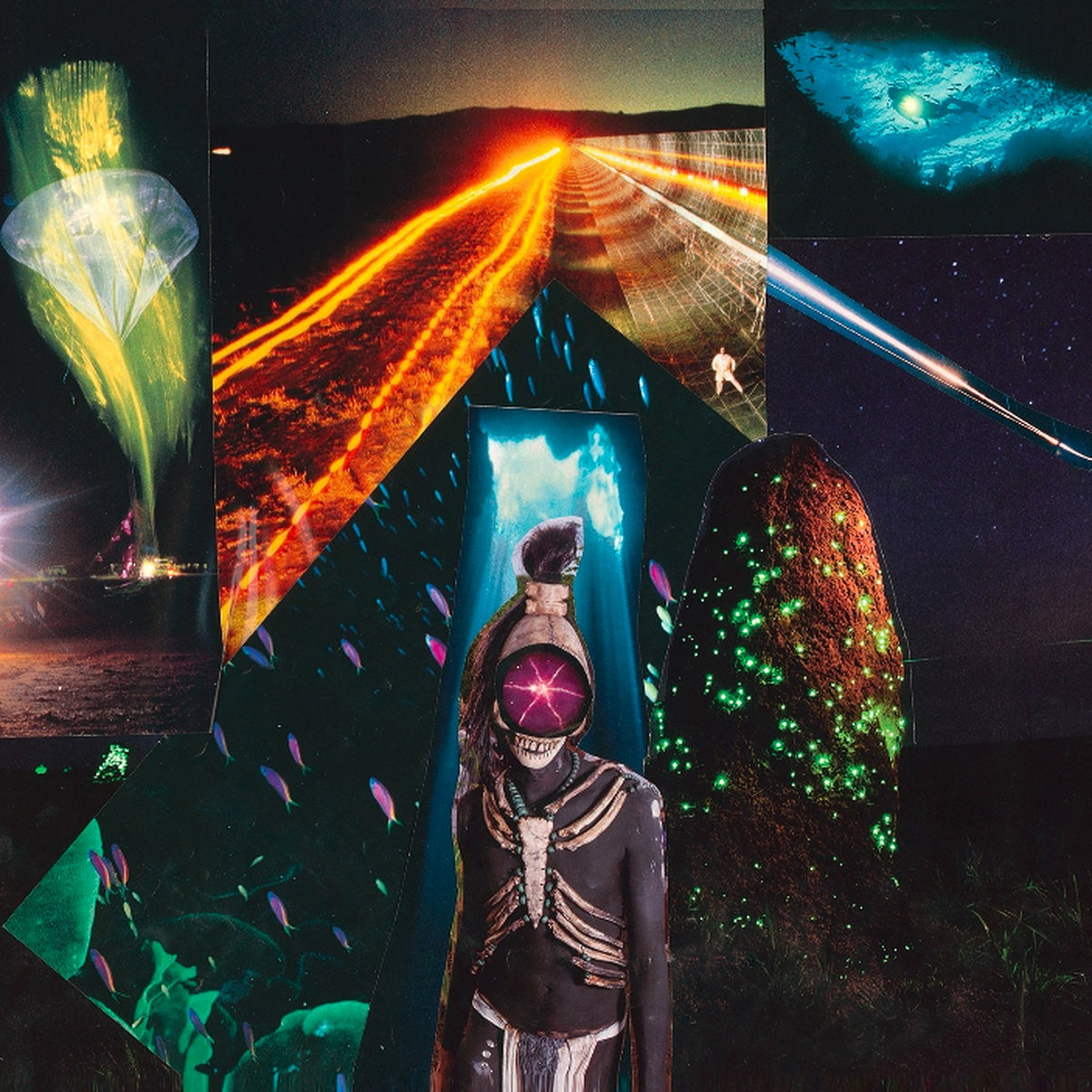 Lightning orchestra is a syndicate of interstellar sorcerers and deranged mutants masquerading as a band of human musicians from the planet Earth.
They would like to wish one and all…
FREEDOM OF CREATION!
ECSTATIC CELEBRATION!

If ever a song could give the world a voice to deliver a message amidst this current climate of ever-looming chaos and imminent destruction, this would be it!  This is a song for the future, this song reaches out to every mortal being…this is an anthem for all future generations!

Dubbing their music “psychedelic booty-shake,” Lightning Orchestra’s expansive debut (recorded in their Atlanta base) arrives on Acid Jazz on the 10th July.  Taking its influences from a wide range of sources you’ll hear nods to Hendrix and Isaac Hayes, Orchestra Poly-Rythmo and Fela Kuti, Sun Ra and Talking Heads.  Source and Deliver is big, bold and commands attention!!

Attracting attention from BBC 6Music and Jazz FM, Lightning Orchestra’s first offering is a truly rejuvenating listen, requiring no effort to get absorbed into.  Fusing many elements over the records six tracks gives their sound a unique edge; this is a place where heavy rock guitar riffs harmoniously entwine with jazz melodies and afrofunk grooves.  This music is electric!!

Source and Deliver is the brainchild of multi-instrumentalist Travis Murphy who was inspired by jam sessions on Atlanta’s Elliot Street where he met most of two dozen or so musicians who are regular or irregular members of the Lightning Orchestra.

First single from the upcoming record is entitled For Those Who Are Yet To Be Born.  It’s a song that instantly grabbed my attention and I love the way it dances round an immense rhythmic groove whilst afro funk melodies fire off against lightning brass in an explosive sonic collision!  It’s striking enough just as an instrumental, but when the half-spoken, half-sang vocals appear in the mix they add a contrasting coolness, delivering a message with discernible fervour! Check out the lyrics below:

..if we’re already gone and the sun’s burning out
then what’s this whole trip really about
and if it ain’t a trip and it’s only a dream
then why pretend anything’s what it seems
maybe we’re already under the ground
subterranean bunkers a few miles down
are we really here

a Godless chaos careening through space
a nowhere a nothing located no place
attempting to cope in the face of mortality
non-dual escape, deny all reality
eschatology themes in all generations
the search for meaning, a vain recreation
a last ditch attempt in a bad simulation
bi-local dimensional mind aberration
if we’re past the point of no return

Source and Deliver will be released on neon yellow vinyl, CD and digitally on the 10th July, so if you like what you hear you can pre-order the album from here.

The band will also be touring throughout the US in early Summer and in Europe later in the year.