SONG OF THE DAY The Illusions – City of People

An original copy of this garage rock rarity is still fetching anything between £600-£1000, so if you were ever lucky enough to stumble upon a copy, take it and run!!

This Stones/Yardbirds-inspired 45 was originally released in 1966 on a small label called Michelle Records. It was the only 45 ever to be cut by the Illusions, a Michigan garage rock group who were active in the mid-1960s.  Led by Tom Strasz (who would later go on to be in the equally obscure psych band, Attack), The Illusions released this one single only, but at the time it didn’t really take off…and here’s why….

The record was produced by Bobby Marin, a Nuyorican, who at the time was stationed in Michigan on his National Service, and who would later go on to record some of the biggest names in Latin Music (first for the cult Speed label and then for United Artists and various of his own labels). In the early 2000’s his I’ll Be A Happy Man was sampled by Christina Aguilera on her smash hit Ain’t No Other Man – Which you can read and hear on my blog post here as, fantastically enough, I covered this in March this year – man I love how these musical things connect together!

Acid Jazz manager, Dean Rudland says of the record: “I became aware of Bobby’s surprising involvement in the record when we were sitting in a Manhattan Restaurant and he came in with a pile of records, including the Illusions. I’ll let Bobby explain how it happened...”

“While serving in the Air Force, in Michigan, I noticed that many local teenagers were forming their own rock bands, having been inspired by the recent success of The Beatles. They had let their hair grow, had written songs and practiced in their garages. I convinced an airman friend to work with me and manage some of these bands. Most of them were in the ritzy Grosse Pointe town and we were constantly interviewed by parents. Maybe one of these bands would lead us to fame and fortune we told ourselves. This went on for a year or so. Finally, in 1965, I decided to produce my first 45 RPM recording. The band was called The Illusions and we recorded 2 songs. which were pressed and released on my Michelle Records label; named after my daughter. I never got to market the record properly due to my relocating to New York” 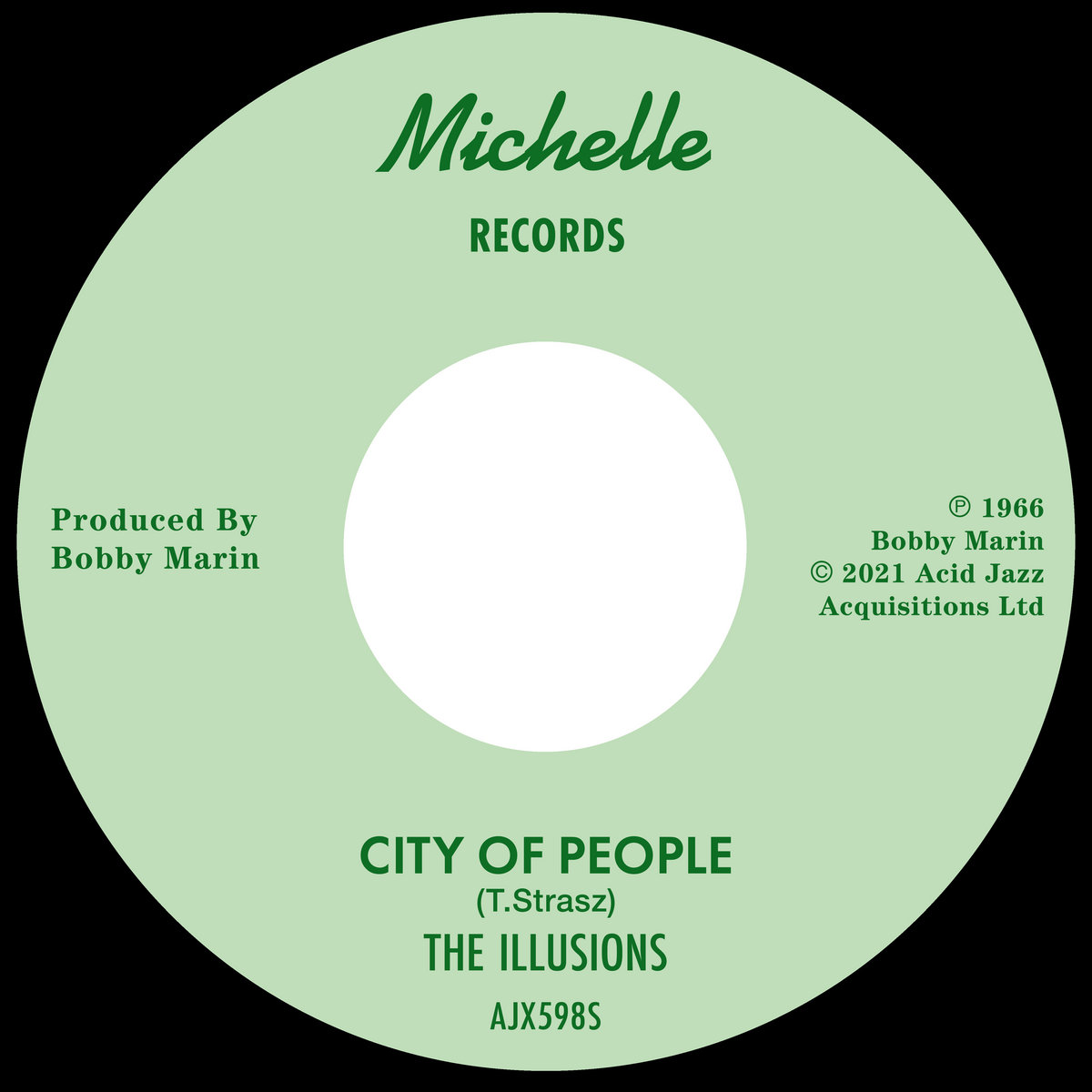 At the end of 2020 Bobby found the master tape of the Illusions single – including the Byrdsian B-side – and a deal was done with Acid Jazz to release the record legally for the first time since its initial release. This legal reissue is a fresh mastering from those tapes, bringing out the intensity of the recording…and the little cherry on this treat is that the record has also been issued on a look-a-like Michelle label!!!

Acid Jazz are to release this 45 on the 23rd July and if you want to grab yourself a copy, you can find that here.

If you are eager to hear the b-side and, like me, don’t want to wait until the 23rd, you can check it out below as I have pasted it from Youtube for your listening pleasure!! Enjoy!!