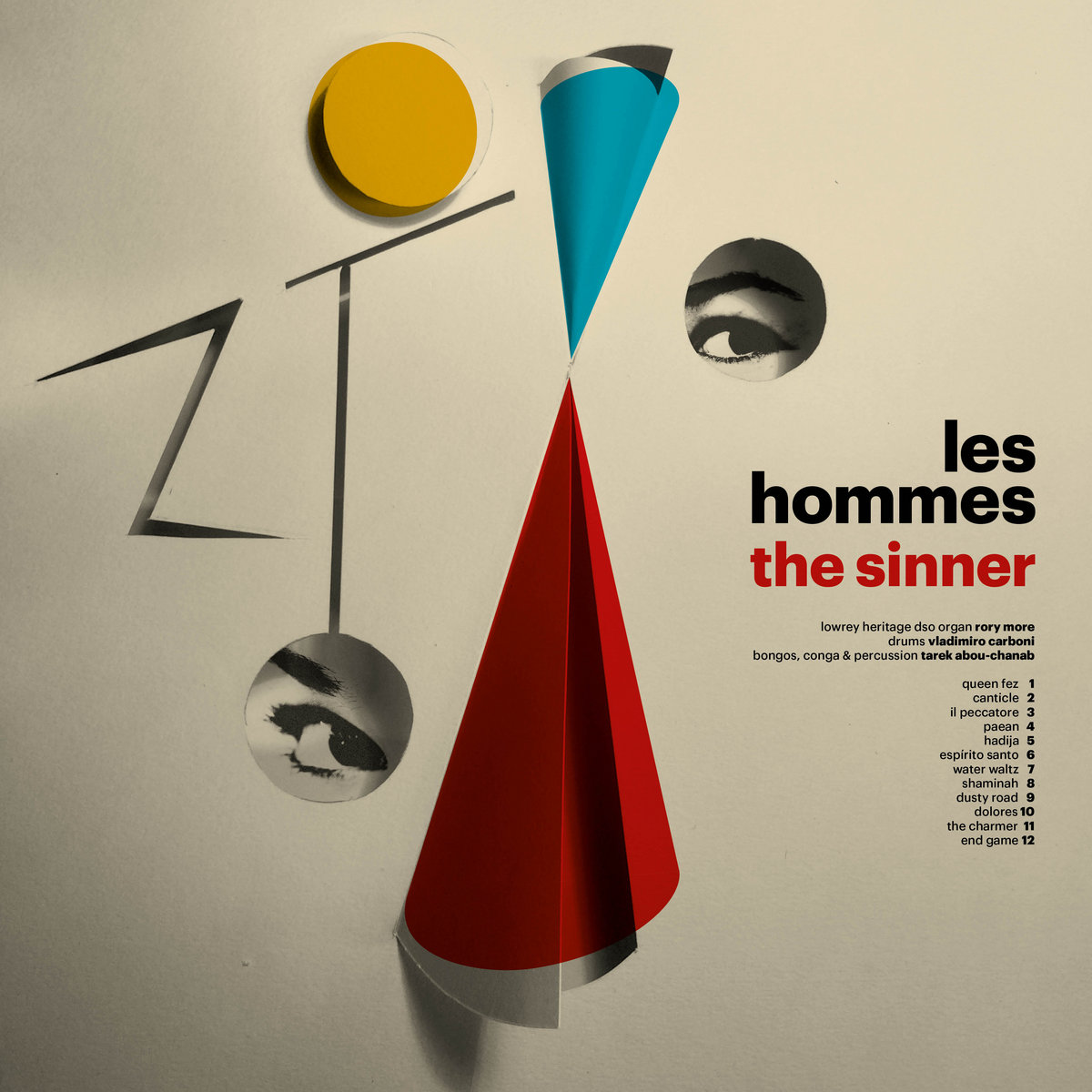 Today’s song is rather alluring, mysterious and, with its kooky sound effects, deliciously quirky. The cascading melody ripples and creases as its sinuous body snakes its way around in a meandering fashion – the whole experience leaves me feeling rather cultured and refreshed!

Since debuting in a tiny club in Soho in 1994, East London’s Les Hommes have forged quite a name for themselves, embracing club and DJ culture, whilst playing live instruments rather than records. Their sound encompasses Latin rhythms and percussive exotica….Hmmm..percussive exotica!!! I like that!! No wonder this is so pleasing to my ears!!

Their music plays out like a film soundtrack and the mood this sonic dream-inducing sound creates is so evocative. Reading Les Hommes’ Bandcamp page, it would seem that they have gone for a globe-trotter mood with sounds from Arabian cafes, sonic postcards from Rio and deep modes from European jazz quarters…” How can you not be drawn in by that!! What an intriguing combination!

Canticle is taken from their third full-length offering, The Sinner, which was released on Sudden Hunger Records in 2017.  Described by the band as a “continental audio trip and “an excursion into east-meets-west”, Les Hommes’s have fused lashings of exotic percussion, swinging drums and “frenzied Eastern chimings of santur, Italianate clarinet, vibraphone and alto flute”…. It’s a great track!

I can safely say, this whole record is not quite like anything I’ve heard and I love it’s uniqueness!!

Listen above and if you fancy hearing the rest of The Sinner (which I can highly recommend), you can find that here.